Tuning in to the turbulence 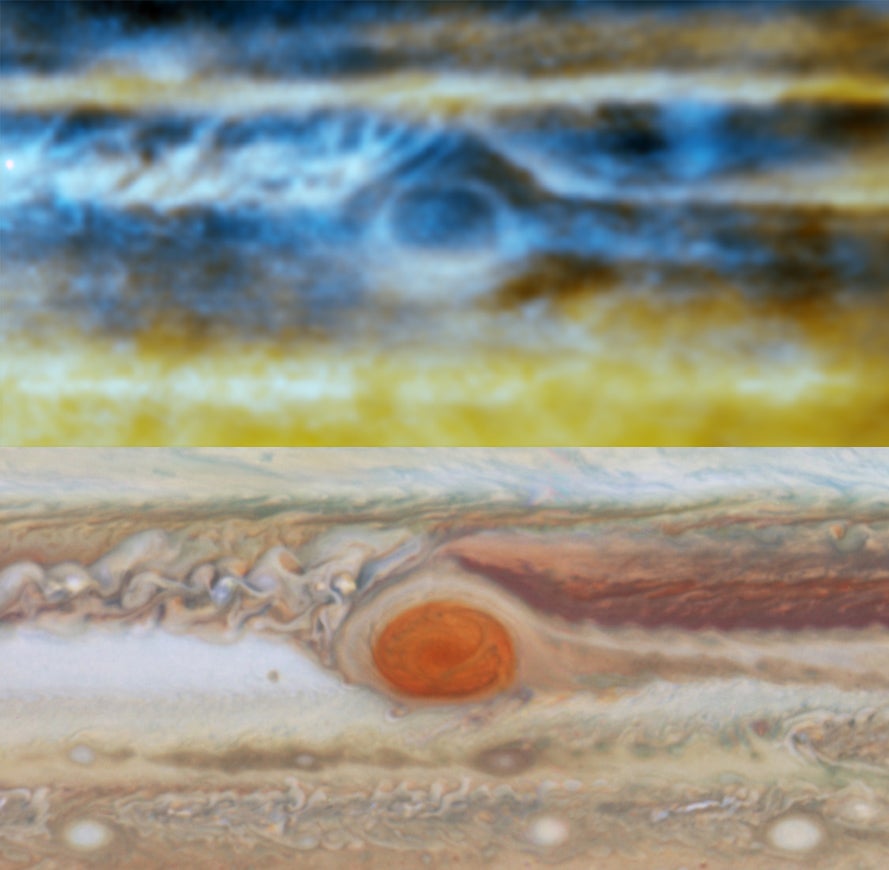 Jupiter, with its swirling clouds and iconic red spot, is a beauty. But what’s going on beneath the surface?

Quite a lot, as it happens. In a paper published today in Science, researchers used the New Mexico-based radio telescope, the Very Large Array, to observe the planet by measuring natural radio waves emitted from Jupiter. They were able to see about 60 miles beneath the obscuring clouds into the planet’s atmosphere, capturing dark bands of ammonia-rich gasses rising while bright ammonia-poor bands sank down into the depths of the planet’s atmosphere.

“We in essence created a three-dimensional picture of ammonia gas in Jupiter’s atmosphere, which reveals upward and downward motions within the turbulent atmosphere,” lead author Imke de Pater said.

The astronomers were also able to compare those bands to the images of Jupiter that we’re used to, linking up Jupiter’s observed weather patterns with the newer, more detailed observations.

The study comes in advance of next month’s mission, when the titanium-armored Juno spacecraft is expected to arrive at Jupiter to begin studying the gas giant’s atmosphere and radiation belts.

Jupiter, with it’s thick atmosphere, fast rotation (a day only takes 10 hours), strong magnetic fields, and dangerous radiation belts, is an incredibly difficult planet to study in depth, though many spacecraft have studied it on flybys to other planets. In 1995, the Galileo spacecraft dropped the first probe into Jupiter’s atmosphere. It lasted a whole 57 minutes before getting crushed by the atmosphere’s immense pressure and heat.