Sarcasm May Make You More Creative

Practice with close friends only 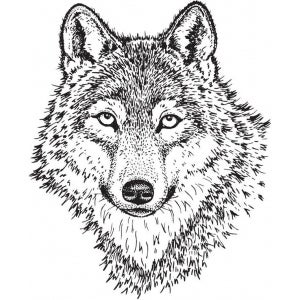 If you’ve ever doled out a sarcastic joke to a sensitive friend, you know all too well the consequences of its crass nature. But new research from Harvard Business school suggests that the processes involved with initiating and delivering a sarcastic comment may improve the creativity and cognitive functioning of both the commenter and the recipient. Their findings were published this past week in the journal Organizational Behavior and Human Decision Processes.

To figure out if sarcasm could affect cognitive functioning, the researchers assigned participants to one of three groups to have simulated sarcastic, sincere, or neutral dialogues by responding to pre-written responses showed to them on a piece of paper as vignettes. Immediately after these conversations, they put the participants up to tasks which tested their creativity. The researchers found that those who were placed in the sarcastic conversation group fared better on creativity tasks than those in both the sincere and control conditions. They think that sarcasm may lead to greater cognitive function because in order to understand and convey a sarcastic comment, the brain uses creative thinking. This was true for both the person giving out the sarcastic comments as well as for those who were receiving them.

“This suggests that sarcasm has the potential to catalyze creativity in everyone,” said Francesca Gino, a professor of business administration at Harvard University and a co-author of the study. However, while the researchers agree that sarcasm and creativeness often go hand-in-hand, Gino points out that it is possible that naturally creative people may simply be more likely to use sarcasm, making sarcasm the outcome, not the cause of the relationship.

On a conversational level, the researchers also found that in order for the recipient to reap the rewards of a sarcastic conversation, both the expresser and the recipient of sarcasm must be able to overcome the contradiction between the literal and actual meanings of the sarcastic expressions, said Adam Galinsky, co-author and professor at Columbia University’s business school. In other words, if two really good friends are sarcastic towards one another, they will probably benefit from the conversation because they don’t take each other’s mean comments literally. On the other hand, if they weren’t friends, they wouldn’t know for sure if the other person was serious or not. “This is a process that activates and is facilitated by abstraction, which in turn promotes creative thinking,” Galinsky said.

The researchers hope these results will encourage people to take a new look at sarcasm and find the appropriate circumstances in which it can be used. They also hope to now study how specific kinds of sarcasm–sarcastic criticism, complements, or sarcastic bantering–as well as the content and tone in which they are spoken affects cognitive function. So for now, unless you know the individual very well, a sarcastic comment might not be the ideal way to put your best foot forward.