Hack (above) the planet! 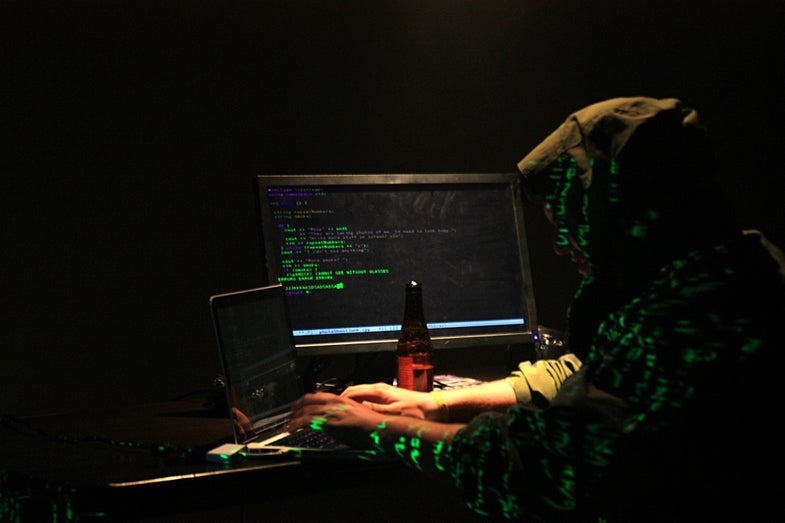 Space is cold, crowded, and vulnerable to hackers. At least, that’s the heart of “Space, the Final Frontier For Cybersecurity?,” a new report from London-based think tank Chatham House. People on Earth depend on satellites for everything from GPS driving directions to phone and internet access, to mapping the world itself. Satellites are, at heart, computers with fancy bodies that communicate to Earth, so it stands to reason that they share some similar pathways for malicious attacks.

The problem is in two parts: one, that lots of systems in space were designed before cybersecurity was really a thing, and two, hackers are unpredictable threats, especially when compared to nations. “Hackers … currently constitute a major problem; their culture is entirely different from that of government or the military,” write the study’s authors.

So how can hackers get into satellites? Most likely through benign neglect. More satellites mean more entry points; more parts inside a satellite means a vulnerability could be installed from the start; more devices connected to satellites mean more ways in; and the demand for and cost of fast production leave ways for security to be left out of the manufacturing and set-up process. One predicted vulnerability stands out, and that’s “back-door holes in encryption and otherwise secure control systems.” While it’s impossible to prevent hackers from finding these, countries that mandate back-doors around encryption open up their satellites for attackers.

Once hackers get into satellite systems, what’s the worst they could do? Lots of mucking about with communication signals, for sure, but the real danger comes from collisions. Satellites have engines to adjust their course in orbit, usually to make sure they’re where they’re supposed to be. But, the authors write,

The study authors note that that hackers could potentially take over a satellite, prove they could move it, and then ransom that satellite or others, relinquishing control after payment is made.

What if the hackers were less interested in extortion and more interested in destruction? The study addresses the dreaded space terrorism, too:

For nations to protect against this threat, the study argues, they’re going to have to work together and take cybersecurity seriously. That means a light regulatory regime on every part of the space supply chain, and a lot of fiddly bits of negotiating between countries and companies about managing the risk.

Perhaps the greatest risk, even with a system in place to mitigate the threat, is that the people senior enough to make the important decisions won’t grasp the technology as well as their younger employees or hacker adversaries.

As the authors write, “younger people use space-based and cyber communications in ways that make it difficult for older generations – and thus by implication some senior decision-makers – to fully understand the range of technologies and threats.”