And wants to make a radiation-shielding flight jumpsuit 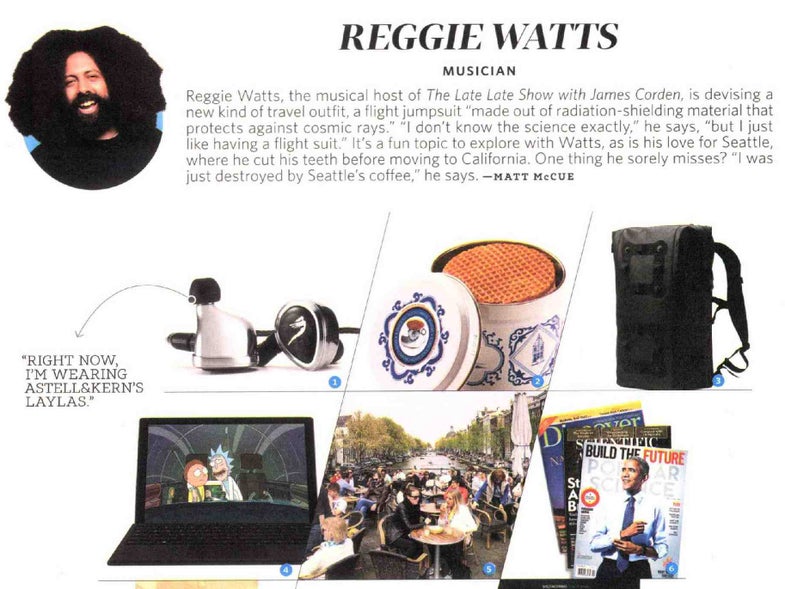 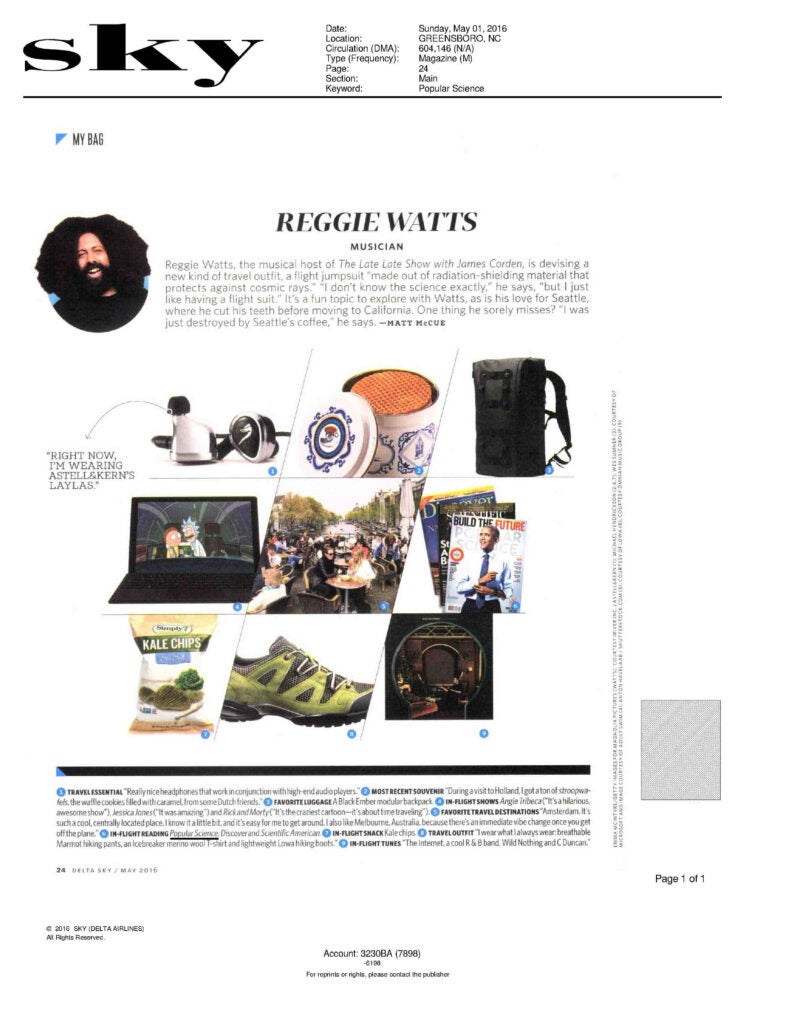 In an interview with Delta Air Line’s Sky magazine, The Late Late Show bandleader and sometime actor/comedian Reggie Watts talked about what he does when he travels on planes. He wants to create a flight jumpsuit that protects against cosmic rays. As he told Sky: “I don’t know the science exactly, but I just like having a flightsuit.” One place he might learn that science though, is in Popular Science, which Watts says is one of his go-to reads on planes. We’re glad you’re a reader, Reggie!