The all-star showdown you've been waiting for 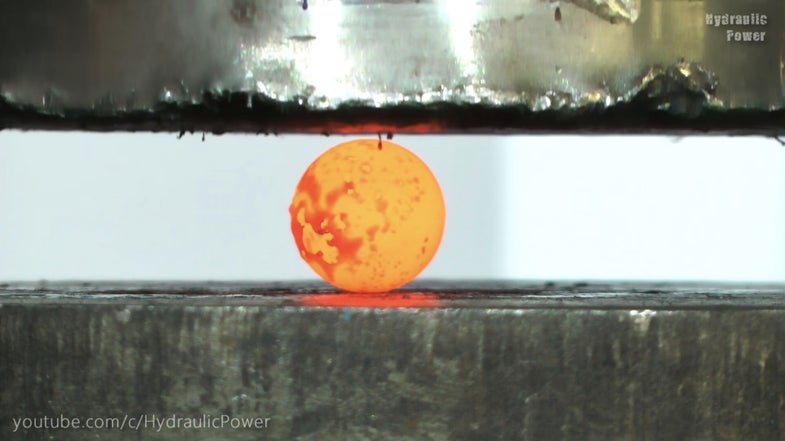 It’s an all-star matchup, a pay-per-view slam, a battle of the titans: red hot nickel ball versus hydraulic press!

Okay, it’s not that big of a deal, maybe. But for months the internet has been captivated by two seemingly repetitive concepts.

In the first corner, weighing in at a crushing force of way too many pounds, a hydraulic press. One important fact to note right away: this is not the same press has crushed countless objects on its YouTube channel, with an almost perfect track record (only a piece of paper gave it some trouble). This is press comes from a different YouTube channel called “Hydraulic Power.” Apparently, there are enough hydraulic presses and people out there willing to film them to make for various dedicated offerings.

Anyway! Moving on. In the second corner, with a temperature too hot to handle, is a red hot nickel ball, which has been dropped on (and subsequently melted or burned straight through) dozens of objects.

When these two titans finally square off, well, you can probably guess who wins in a bout between heated metal and a press designed to crush harder things than heated metal. That doesn’t make it any less entertaining: