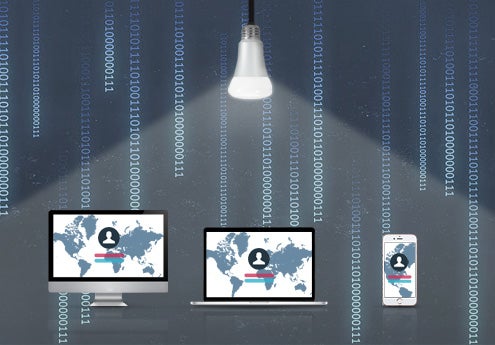 Researchers in Saudi Arabia have developed a white light laser that sends data hundreds of times faster than the average Wi-Fi connection. They claim it’s able to move 2 GB per second, or the size of a feature-length movie, faster than it’s taken you to finish reading the last three words of this sentence.

Based on Visible Light Communication technology, Li-Fi works by flickering LED lights at extreme, imperceptible speeds to communicate in binary with other devices. Combined with bulbs made from these new nanocrystalline materials, they’d be installed around your home or office, providing light while telling your smart TV to stream insanely fast Netflix or download that Frank Ocean album that might drop by the time this tech becomes everyday reality.