Make your own reality 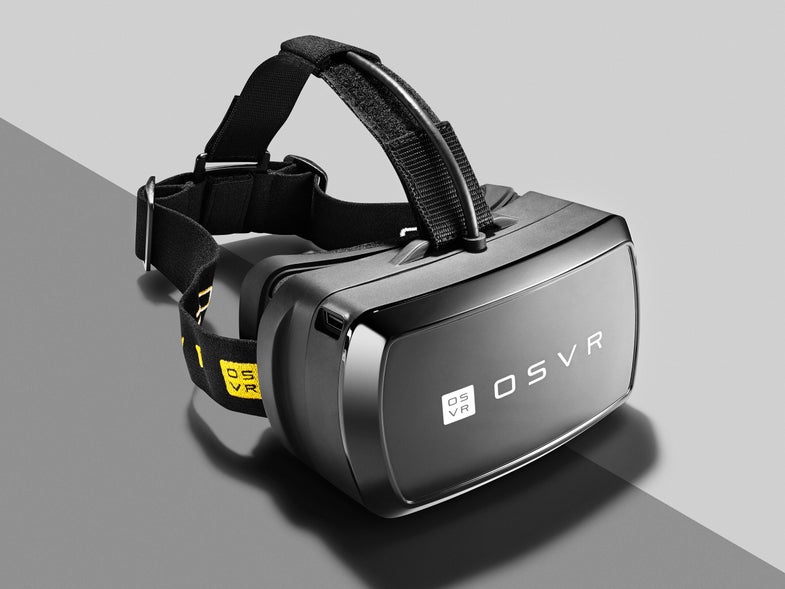 There’s a growing problem in the virtual reality (VR) industry: Filmmakers and game developers don’t want to produce content for a headset few people have access to. And hardware manufacturers don’t want to build accessories for headsets that don’t have content. Razer’s new open-source virtual reality (OSVR) platform could eliminate this catch-22, clearing the way for more VR experiments.

Razer also released the OSVR Hacker Dev Kit, which comes with a modifiable VR headset. The kit ships with open-source hardware, and the circuit boards are modular, so they can be swapped out for new ones as they’re released. Razer has also made OSVR’s schematics readily available as a free download–so anyone can 3-D print or construct a headset.

The OSVR Hacker Dev Kit comes equipped with a 5.5-inch Full HD display, similar in size and resolution to the screen used in the Oculus Rift DK2, plus a sensor hub that includes an accelerometer, gyroscope, and compass to enable head-tracking. Although the development kit is geared toward the technically savvy, at such a low price point, most anyone can afford one–if for no other reason than catching a glimpse into the future of VR.

This article was originally published in the March 2015 issue of Popular Science, under the title “Make Your Own Reality.”