This time it's about the movies, not the missile systems 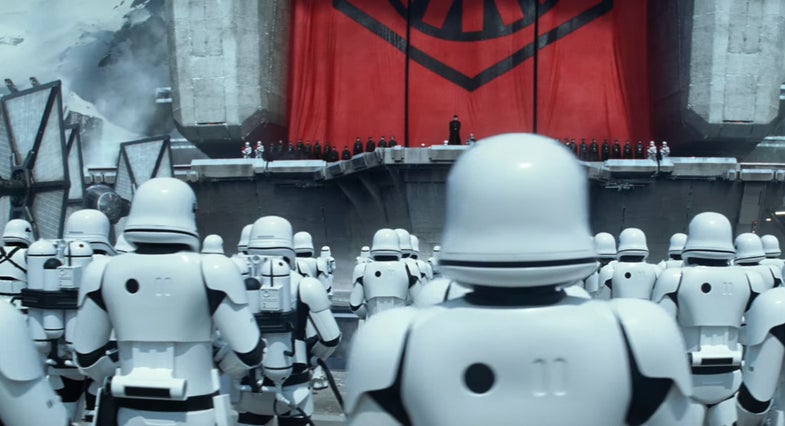 Raytheon is one of America’s defense giants, known for making cruise missiles for ships, putting radar on blimps, and proposing a space-based anti-missile defense system. This week, in anticipation of a little-known art film called Star Wars: The Force Awakens, Raytheon’s researchers looked at the technology of war long ago in a galaxy far, far away, and offered advice on how to beef up both sides’ security.

Some of the points are pretty straightforward, like “The Base On Hoth Needed Backup Power.” Others delve into the boring-but-important parts of modern war, like the lack of Imperial cyber security. Raytheon writes:

Raytheon, it turns out, has a real-world interest in cybersecurity, with the links to both their Insider Threat Detection System and authentication systems nestled into their exposé of failed fictional technologies.

The company also has electromagnetic spectrum jammers, which in Star Wars could stop tractor beams and in real-life Raytheon block missile sensors and radar. There’s also directed energy, found in the lasers of fictional TIE Fighters and X-Wings and the real labs of Raytheon, Lockheed-Martin, General Atomics, Boeing, and others.

Raytheon’s playful look at Star Wars is more fun than hard sales pitch. Still, it taps into a mythology as old as time: seizing on the failures of mythical figures from the past to prepare the skeptical leaders of the present for the threats of the future.