Microsoft's giving away its OS for free to interested makers 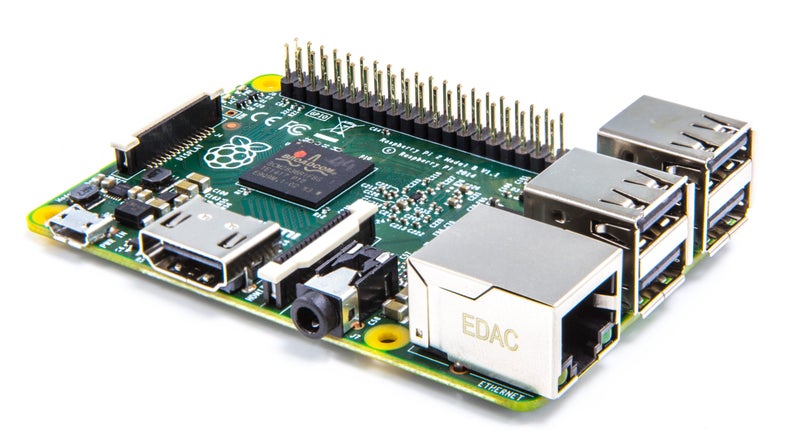 The new version of the Raspberry Pi minicomputer features a quad-core processor and 1GB of memory. Raspberry Pi Foundation
SHARE

Pretty soon, all of your things will have Internet: your car, your refrigerator, perhaps even your desk. That proposition is getting even easier with a pair of announcements from the Raspberry Pi Foundation and Microsoft that encourage the maker community to invest even more in building clever devices using minicomputers.

The Raspberry Pi is a credit card-sized computer that makers can use to create smart devices for tasks such as home automation, gaming, or music. The newest version is a sizable improvement over its popular earlier version. It swaps out the single-core 700 MHz ARM processor for a more capable quad-core 900 MHz processor using the new ARMv7 instruction set. In layman’s terms, that means much better performance, as multiple cores can operate separate tasks in parallel—and, in this case, at a faster speed. The new Raspberry Pi 2 also sports 1GB of RAM, doubling the previous version’s 512MB. And as any computer user will tell you, you can never have too much memory. All of that comes at the same exact price as the original Raspberry Pi: $35.

That’s all well and good, but it’s Microsoft’s announcement that may help bring this hardware to previously untapped portions of the maker community; the company announced that the Raspberry Pi 2 will support the forthcoming Windows 10. Previously, using a Raspberry Pi generally meant running an open source OS such as Linux. Because the new board uses that ARMv7 instruction set, it’s compatible with Microsoft’s operating system for the first time. Better yet, thanks to the [Windows Developer Program] (http://dev.windows.com/en-us/featured/Windows-Developer-Program-for-IoT/) for the Internet of Things, interested parties can get a copy of Windows 10 for Raspberry Pi 2 for free.

With Windows in the mix, this potentially opens up the Raspberry Pi to legions of developers who weren’t previously interested in creating applications for the device, as it would mean learning a new system and/or programming language. Now folks can use Windows’ existing developer tools to create software and hardware solutions using the Raspberry Pi board. As there are plenty of people developing software for Windows, so even if just a fraction of them turn their attention the Raspberry Pi, well, that’s a big win for the maker community.