I Want That On My Desk By Two Million Years Ago

Evolution might be the reason your boss is a jerk 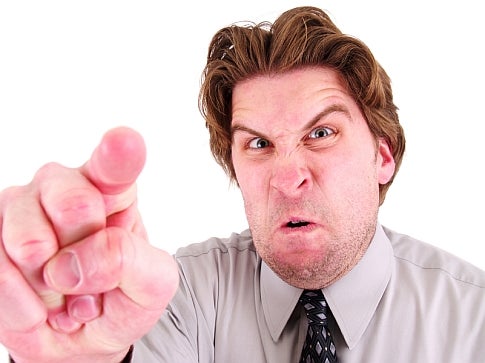 Whether you’ve had to make last-minute photocopies, cough up the last three dollars in your wallet to fetch coffee, or have your brilliant idea shot down in a meeting, everyone has had at least one boss who has been, let’s face it, beastly. According to a new study, this behavior can be traced back to the hunter-gatherer days of our prehistoric ancestors.

Using evolutionary psychology, researchers at the University of New South Wales found that much of the behavior high-level executives exhibit mirrors the territorial personality of long-extinct tribes. Bosses show signs of male domination: in “protecting their turf,” they ostracize nonconformist or disagreeable group members, intimidating all of their employees into adhering to a certain framework of acceptable behavior. The leader does all that he or she can to prevent being threatened by any upstarts or whistleblowers. The study found that meetings are usually held in the most senior manager’s office, and he/she controls the agenda. Instead of sitting at their desks, bosses make the rounds, learning who is friends with who, participating in meetings, and leveraging their positions. Just knowing that your boss could come around the corner at any moment probably keeps you off of personal email and your favorite blogs. Perhaps as a sign of an overall unwillingness to leave their posts, managers in this study rarely take midday breaks, while staff takes full advantage of their lunch hour. Even bullying, while in no way a condoned practice in the workplace, is more understandable when placed in a tribal framework.

In a way, this is modern tribalism — the strongest group is the tightest group. Though much of this behavior is no longer necessary to propagate the species, it has been thoroughly ingrained over two million years of biological evolution. If anything, the study proves that it is no simple task to change our behavior. Encouraging productive teamwork will take more than a couple of trust falls at the corporate retreat. Researchers believe that sharing these findings and making people aware of the often subconscious actions they take in the office is one way to improve trust and bring people on every step of the company ladder closer together.

The study, led by professor Jeffrey Braithwaite, focused on health workers, but its findings can be broadly applied to any number of industries. The report, published in the Journal of Health Organisation and Management, is the result of hundreds of interviews and countless hours of observation carried out over a 15-year period. The next time you feel like rolling your eyes at a boss who just won’t give you a break, blame it on evolution — or a lack thereof. Besides, you always knew your boss was part-Neanderthal.