The Human Cause of Animal Extinction 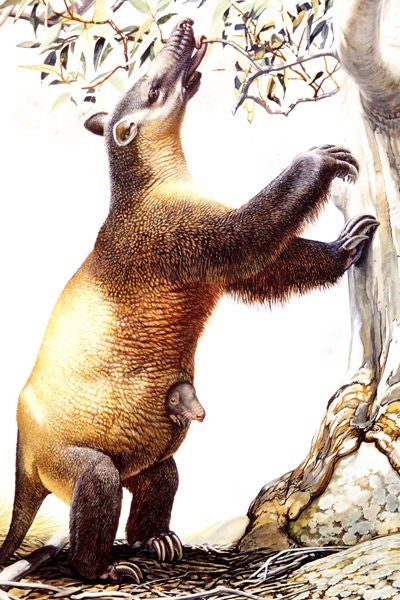 In middle school classrooms, the gist of the Ice Age is often explained as, “It got really cold and all the animals became extinct.” Recently, however, scientists have been taking a closer look at where and when human behavior affected the extinction of species, instead of climate change. Recent findings in Tasmania prove that certain ancient species, like the giant kangaroo and marsupial rhino and leopard, were still inhabiting the island when humans first arrived, leading the research team to conclude that the animals’ extinction was due to human hunting, not the Ice Age.

The team of researchers from the UK and Australia, whose findings were published in the US journal Proceedings of the National Academy of Sciences, used sophisticated radiocarbon and luminescence dating techniques on fossils found in Mt Cripps in northwest Tasmania to determine that some species were in existence until at least 41,000 years ago. In other words, the megafauna clearly inhabited Tasmania when humans first arrived there 43,000 years ago. This discovery alters the long-held belief that the first humans to walk over from Australia on a temporary sand bar found an island bereft of giant animals. Voracious human appetites coupled with evidence that the climate was not changing drastically at the time places our ancient human counterparts back under suspicion for the extinction of some of Tasmania’s indigenous animals.

Scientists believe these findings will be applicable to other island nations, such as Great Britain, where they are also hoping to determine the exact role humans played in species extinction. Island environments remain a unique place to study competing hypotheses; their climate and animal populations tend to mimic those of the closest mainland, but the arrival of humans often occurs later.

Says Professor Chris Turney of the University of Exeter, lead author of the paper: “…150 years on from the publication of Darwin’s seminal work The Origin of Species, the argument for climate change being the cause of this mass extinction has been seriously undermined. It is sad to know that our ancestors played such a major role in the extinction of these species – and sadder still when we consider that this trend continues today.”