Q&A With A Synth Lord 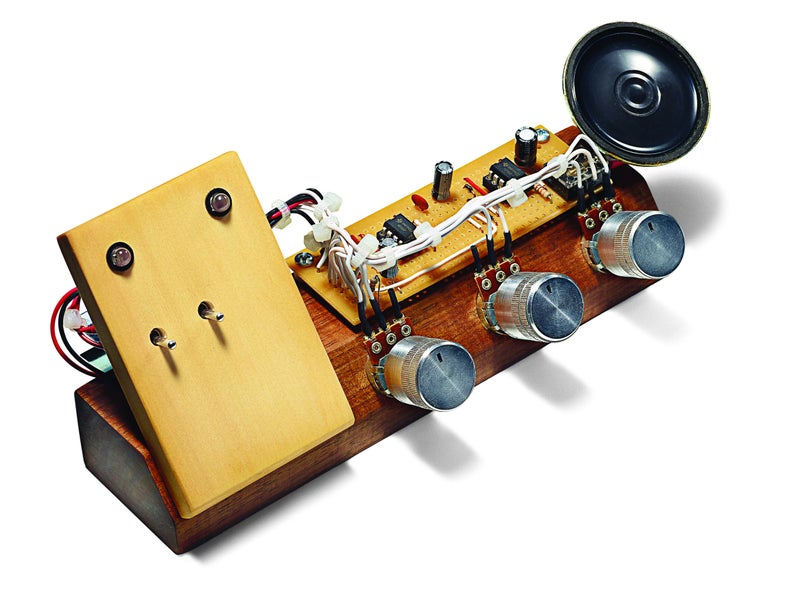 The Crownotron synthesizer has only four basic controls but can create a wide range of sounds. Photograph by Sam Kaplan
SHARE

Instead of gift-wrapping a store-bought musical toy, engineer Brian McNamara built a custom synthesizer for his daughter Rhianna’s first birthday. “I designed the R-Tronic,” he says, “a basic step sequencer you trigger by pushing wooden blocks into holes on the front panel.” His daughter loved her present, and McNamara set about making more wood-based synthesizers simple enough for anyone to play. He sells the handmade instruments in his Etsy shop, Rarebeasts.

Why did you decide to design synthesizers full-time?

I wanted to be there for my kids before and after school. Electronics and instruments are my passion, so I just combined the two. I didn’t realize I’d be selling so many instruments to experimental musicians.

What inspires a new instrument?

Sometimes there’s a sound I want. Sometimes it springs from mistakes: The Wicks Looper, which allows you to build up loops very slowly with only two controls, originated when I was trying to build a tone generator. I crossed two wires, it made an interesting modulating sound, and the idea for this instrument was born.

Do you ever perform on your own products?

My solo act CupAndBow uses a lot of instruments that I’ve created, as well as commercial synths, for an ambient, experimental sound.

This article was originally published in the June 2015 issue of Popular Science, under the title “Synth Lord.”