Something to give thanks for 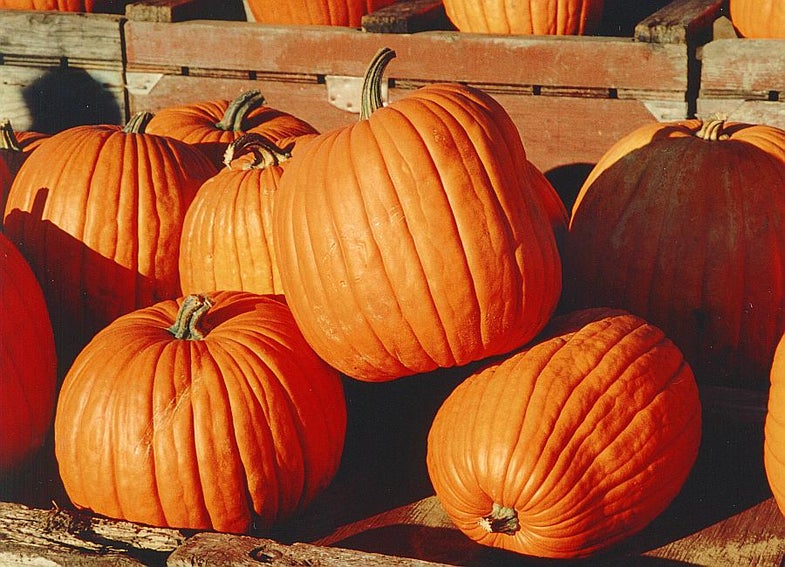 We’re deep in the throes of fall at this point, and even though some cafes and retail stores may think it’s December already, pumpkin-flavored foods and drinks still abound. Even before the first leaf changes its hue and people are still sweating buckets from the last of the summer heat, shops and restaurants are already pumping out their autumn goods. From classics like pumpkin pie and pumpkin bread to newer pumpkin phenomena such as pumpkin beer and pumpkin spice lattes, we’re nearly hysterical about pumpkins. Not to mention the maybe-not-as-popular-but-equally-delicious squash and all its tasty forms.

But what if pumpkins and squash didn’t exist? Well, that could’ve been a reality when large numbers of the wild forms of pumpkins, squash, and gourds went extinct perhaps over 10,000 years ago. A new paper published today in Proceedings of the National Academy of Sciences suggests that the modern pumpkins and squash we have now are the survivors of those ancient fruits that avoided extinction by becoming domesticated by humans.

Before the arrival of humans in the Americas, the wild precursors of pumpkins, squash and gourds—all in the genus Cucurbita—lived on field edges, floodplains, and other types of disrupted habitats that dotted the American landscapes. The hemisphere was heavily populated by species of giant mammalian herbivores, including mastodons, giant ground sloths, and gomphotheres (huge elephant-like creatures with shovel-shaped jaws) whose heavy grazing created the perfect mosaic-like habitat of open spaces for the weedy Cucurbita fruits to grow.

Even more, the team of Penn State researchers that carried out the study posit that the fruits were adapted specifically to be fed upon by these giant mammals. Their hard, tough rinds, and bitter flesh were designed to prevent small mammals from feasting upon them.

“Cucurbitacins, the compounds responsible for their off-putting taste, are some of the bitterest naturally occurring compounds that we’re aware of,” says anthropologist Logan Kistler, lead author of the study and now a research fellow at the University of Warwick. But, the sheer size of the large herbivores protected them from the toxins and their powerful jaws could crush the hard rinds. “We have evidence from wild Cucurbita seeds in mastodon dung deposits going back 30,000 years,” says Kistler. 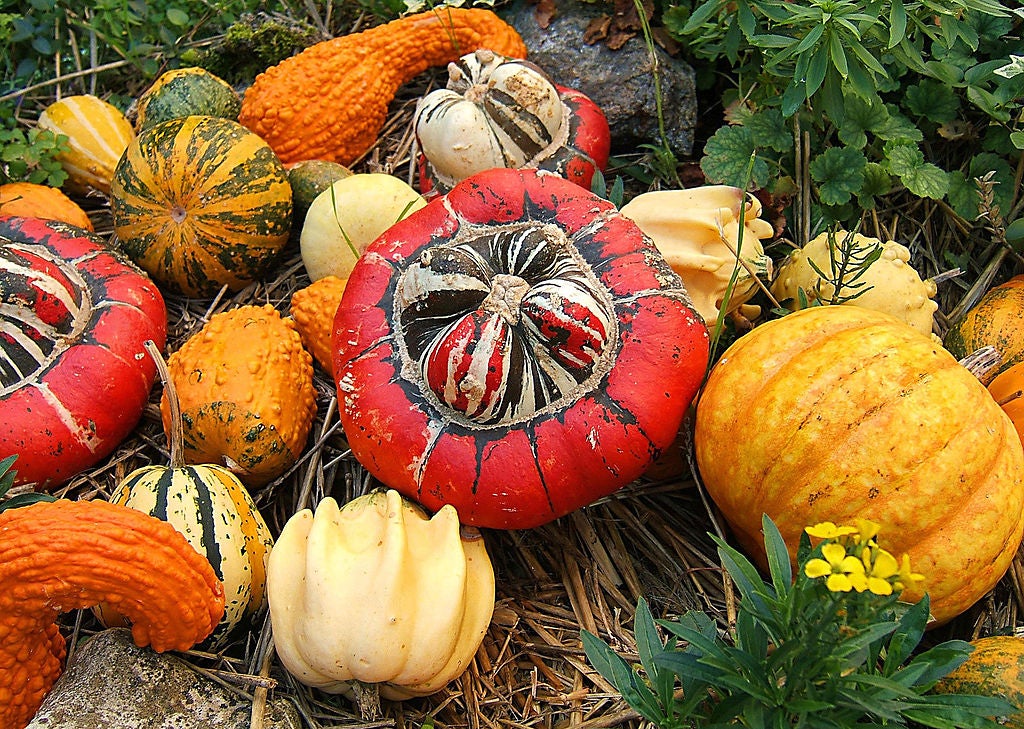 With the arrival of humans in the Americas between 13,500 and 14,500 years ago, a massive wave of extinction of these megafauna occurred. Overhunting combined with other shifts in climate virtually wiped out all of the large mammals, and with that, erased the main mode of dispersal for the Cucurbita fruits. Pulling the large herbivores from the environment not only took away the ability of these fruit to spread their seeds around, but also changed the landscape. Without giant grazers and pruners, the land quickly filled in with vegetation and took away the open spaces pleasing to weedy ground plants. As a result, most of the Cucurbita fruits went extinct.

“There was probably a long-term retreat of wild populations into ecological refugia, habitat zones that were able to support the wild plants even in changing conditions,” says Kistler, but eventually, some of the wild types disappeared altogether. He adds that, “one of the common types of canned pumpkin that a lot of people in the U.S. will be opening up for pies this season has no known wild counterpart [today].” That’s enough to make you wipe your brow.

Using existing and archaeological genomic data, the team of scientists found that wild Cucurbita species were once recently widespread around the Americas. Genetic sequences in these ancient Cucurbita fruits suggests that domestication also occurred recently—about 10,000 years ago—and indicate that as many lineages of the Cucurbita went extinct, some survived when they were domesticated by the new human inhabitants. The first Cucurbita fruits were domesticated in what is today Mexico and others followed around North America in independently occurring domestication events. The authors believe this first developed because early human habitation provided the disturbed patchy landscapes necessary for the weedy plants to establish themselves.

As they started to populate areas of human habitation, perhaps people started to eat the more palatable, and less bitter ones, starting the long process of domestication. But, Kistler points out that because of their incredible bitterness, it’s more likely that “initial use of Cucurbita by humans might not have been for food, but for tools and containers.” Eating came later. Either way, once humans stepped in as seed dispersers for the fruits, their survival was ensured (albeit not before most of the species went extinct). Including the ancestors of our beloved pumpkins and squash.

Come next Thursday, as you sit down at the dinner table to relish in the wonderful tastes of pumpkin pie and squash soup for Thanksgiving, be sure to add the merciful saving of pumpkins, squash, and gourds to your list of thanks.