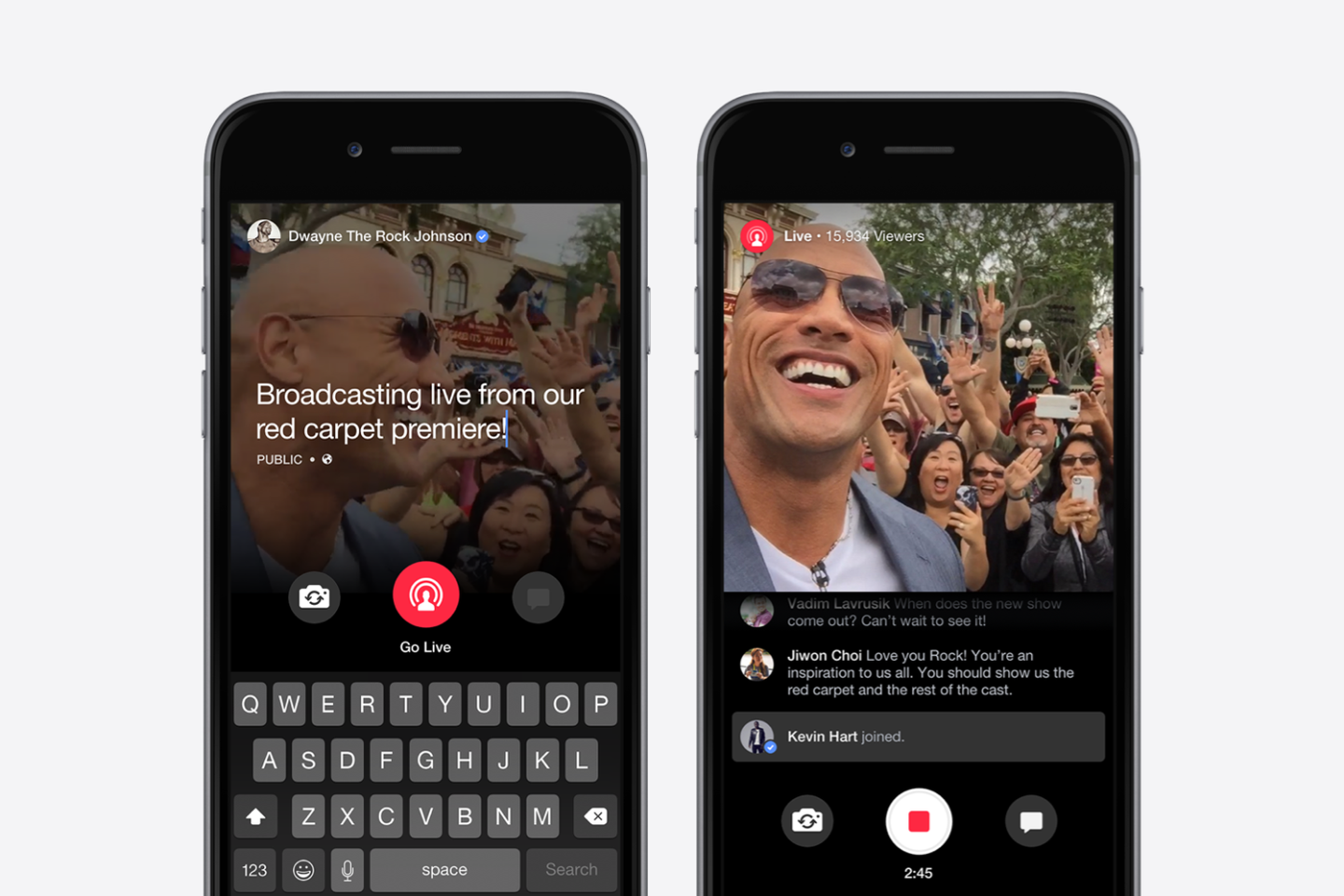 Livestreaming has proven to be a huge market—event streaming like The International 2015 Dota 2 championships on Twitch received more than 49 million hits this week, and Twitter’s Periscope has created its own brand of livestreaming stars like Amanda Oleander (310,000+ Periscope followers). And if it’s social, Facebook wants to be in the game.

Facebook announced today that they are launching Live, a new feature for the social network that allows public figures to livestream themselves to all their followers. In a post about the new feature, product manager Vadim Lavrusik explains that the Live video will appear in fans’ News Feeds, allowing them to watch, comment, and share. Followers that have recently interacted with a public figure’s posts will receive a special notification.

Live video can be switched between front and rear cameras, and once they’re stopped, they will be saved to the public figure’s page. (They can also then be removed by the user.)

Facebook has partnered with a laundry list of celebrities for this announcement, including Dwayne “The Rock” Johnson, Serena Williams, Ashley Tisdale, Lester Holt, Martha Stewart, and Michael Bublé. The celebrities will be Live in the upcoming few days.