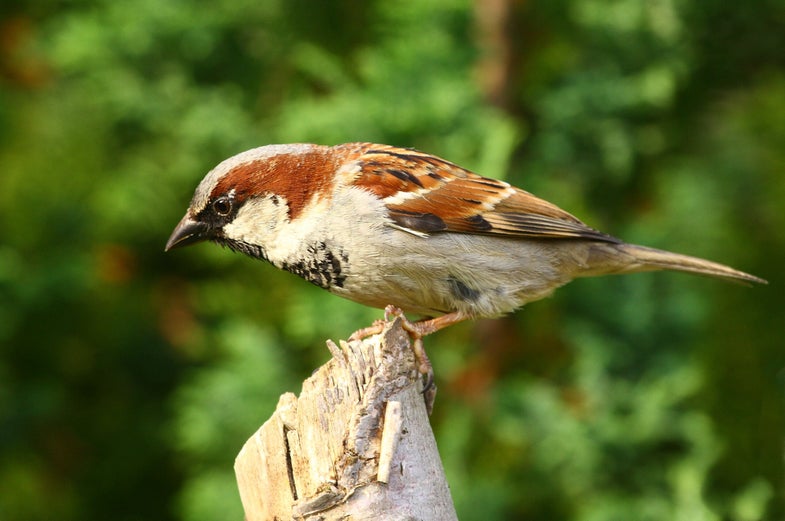 Sparrows are well known for being monogamous in the bird world, even when some have a little something on the side. But it’s been long suspected that somehow male sparrows just knew if their ladies were stepping out, and as a result, the dads helped less around the nest.

Researchers with a new study out today in The American Naturalist think they might have solved the question. After twelve years studying a cloistered population on the island Lundy in the UK, the researchers found that it was not that the males could tell that the chicks weren’t theirs. When chicks were switched between nests, the fathers continued business as usual. But when the female sparrows spent more time away from the nest during their fertility periods, the males got the sense that resulting chicks might not all belong to them and so they provided less for all the young.

This study lessens an alternate theory that promiscuous females and lazy males are just naturally more likely to pair. It now seems more likely that the male sparrows are reacting to visual cues from their mates.

The researchers studied 200 males and 194 females, with over 800 broods of young over the time span. They saw few pair separations, and most pairs ended when one sparrow died. To accurately track the family histories of the sparrows, the researchers used DNA genotyping, creating family trees.

The group is continuing to study the sparrows’ behavior, hoping to further discover how monogamy arises. For this cheating behavior, they speculate it’s a relic from a time before sparrows were monogamous.