Bringing '70s tech into the era of wearables 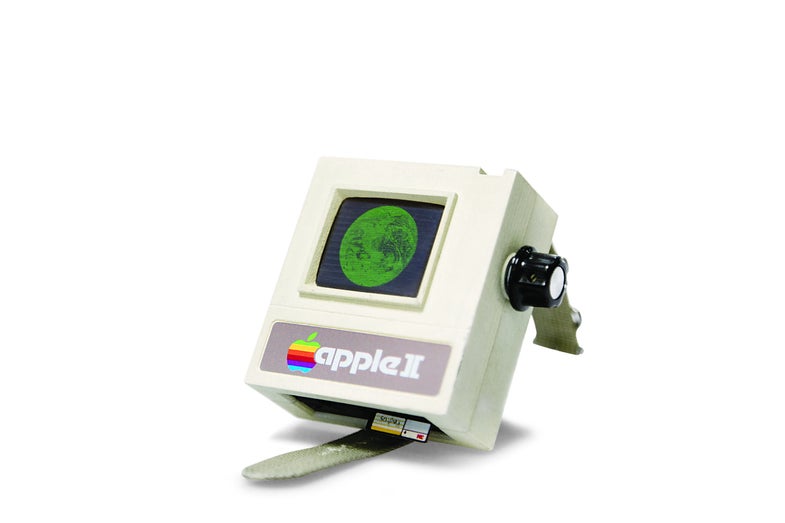 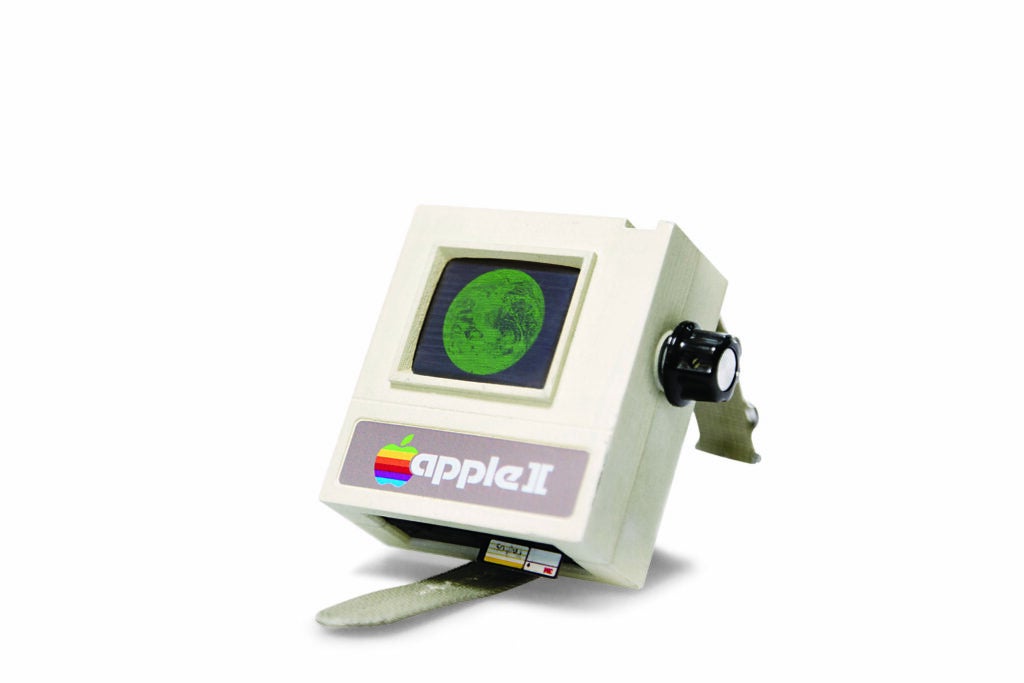 The Apple II Watch has three hours of battery life

When the Apple Watch was announced, designer DJ Harrigan didn’t line up to buy one. Instead, he built his own: a wearable version of the 1977 Apple II computer. “I wanted to go back as far as possible in Apple history,” says Harrigan, “but the Apple II is more iconic than the original.”

The 3D-printed watch, less than 3 inches in length, resembles the original full-size machine. (It even includes miniature, nonfunctional floppy disks.) But it’s much more powerful. A Teensy 3.1 ARM processor runs at 72 megahertz and has 64 kilobytes of random-access memory (RAM). The screen is a 1.8-inch liquid-crystal display—inconceivable in the late ’70s. The user interface, though, is simple: a knob that winds through several parody apps, including a clock that displays an arbitrary time, a fitness tracker with progress bars that change randomly, and a weather app—a green, low-resolution picture of Earth.

Harrigan’s technological tribute earned the approval of the Internet—and Apple II’s creator, Steve Wozniak. As he told Harrigan, “I would buy this over the Apple Watch and would wear it too!”

In the February 1978 issue of Popular Science, William J. Hawkins lauded the Apple II’s versatility, recommending it for both beginners and experts. A 1-megahertz processor with up to 48 kilobytes of RAM allowed the computer to run the BASIC programming language, as well as machine code. Users could write their own routines, Hawkins said, or use “prepackaged cassette programs, which include everything from games to check balancing.”