Teach kids to eat smart with a smartphone 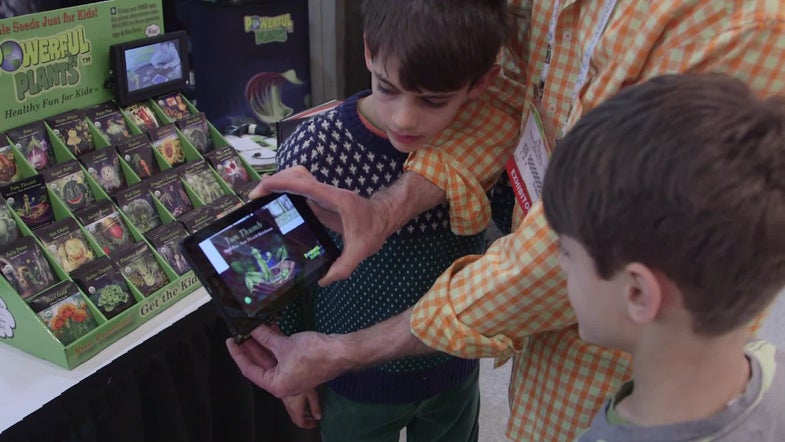 Every parent knows that getting children to eat their fruits and vegetables can be a Herculean task. Thanks to a company called Powerful Plants, eating healthy can now be an exciting experience—as well as an educational one. Powerful Plants manufacturers seed packets that kids can use to plant their own vegetables in the backyard. On the cover of each packet is an augmented reality seed character. So whenever you view the character with a smartphone app, the cartoon comes to life, educating kids on various facts about the plants they’re cultivating (and eating later). Watch as Katie Linendoll brushes up on her veg-ucation at Toy Fair 2015.