From the creators of Solar Impulse 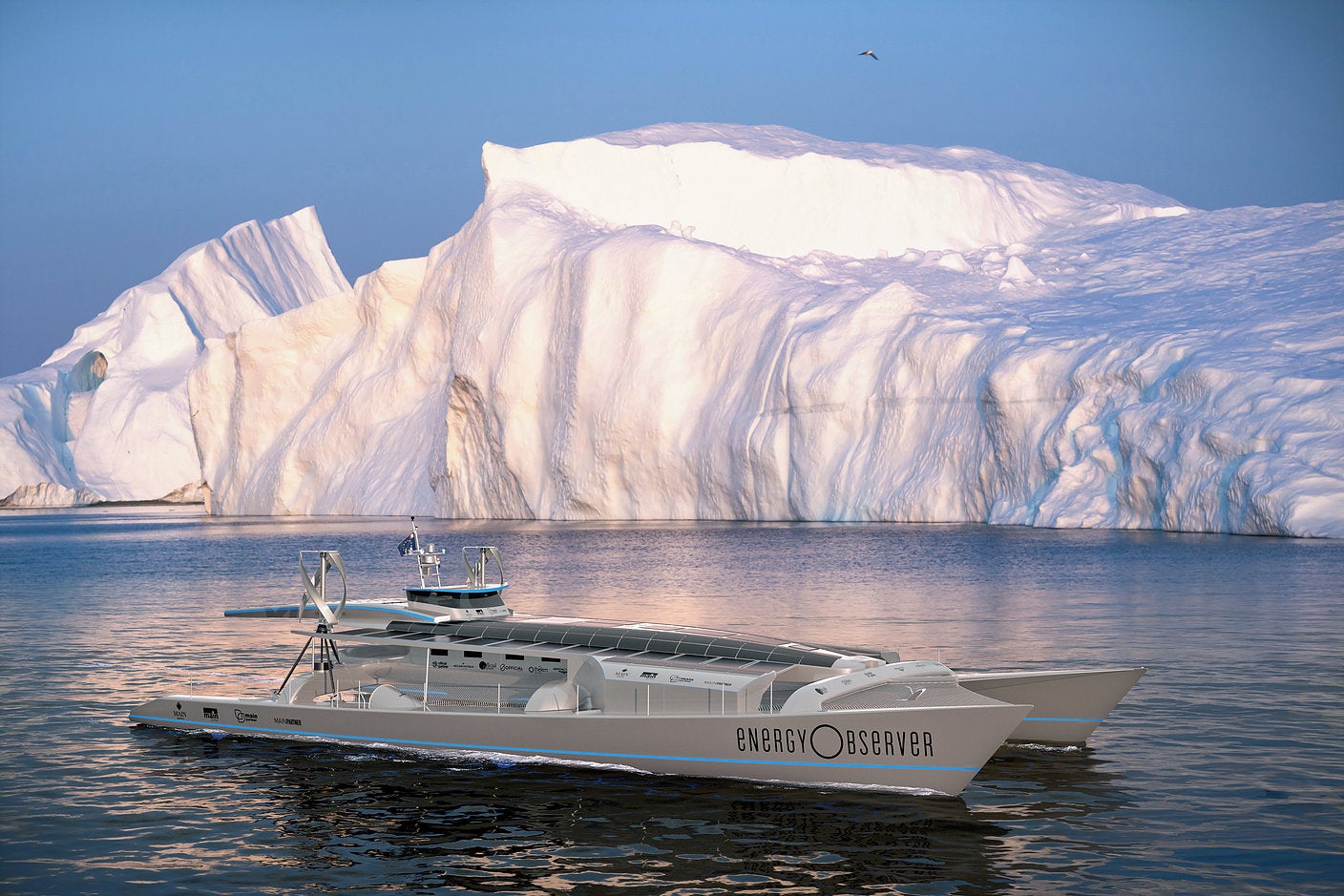 Energy Observer is a ship just months from becoming the first green boat to hit the waves. When it does, it will change the way we think about sea transit.

The 100-foot catamaran, backed by the same people who brought Solar Impulse to the skies, is getting prepared to make a February cast-off for a round-the-world voyage.

There’s a lengthy history of green ships, of course: sailing ships have been powered by wind for millennia. But a powered boat drawing all its energy from turbines, solar, and electrolysis processes, with no additional power source, is totally new to the seas.

More than 100 stops are planned around the world during the vessel’s tour, which will take six years.