A Possible Link Between Zika Virus And Microcephaly Found 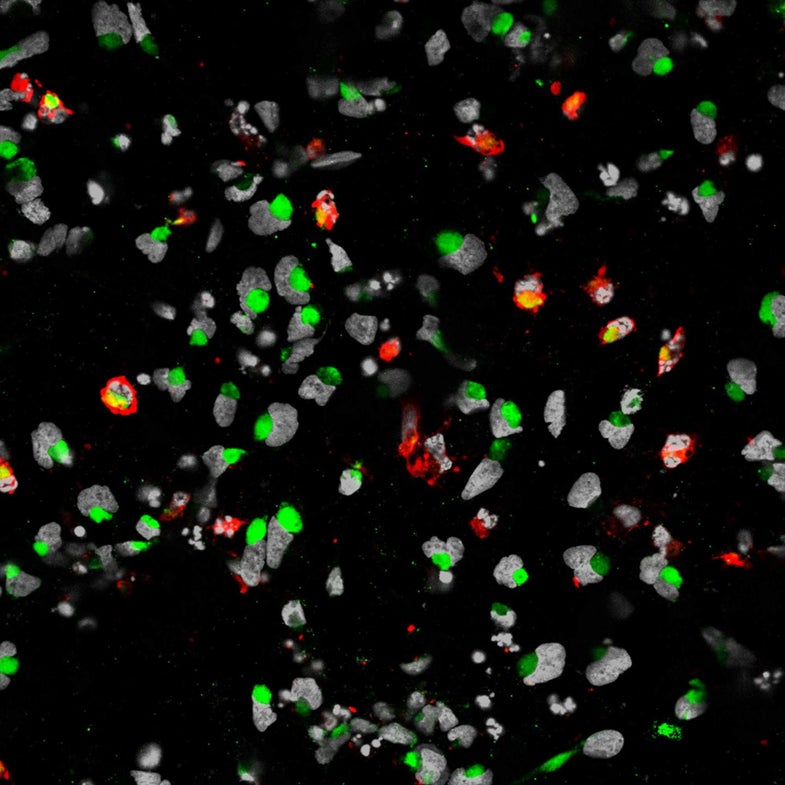 On February 1, the World Health Organization declared microcephaly and its possible association with the Zika virus a Public Health Emergency of International Concern. So far, the Zika virus that may be causing the rare birth defect has been found in placental tissue and even in the brain tissue of fetuses diagnosed with microcephaly. In a new study published in the journal Cell Stem Cell, researchers make the link between Zika and microcephaly a little stronger.

In the month-long study, scientists from Johns Hopkins University, Florida State University, and Emory University grew neural progenitor cells from human stem cells. Neural progenitor cells eventually grow into cortical neurons, which are cells that make up the brain’s cortex. Microcephaly, notably involves an interference with normal growth of the cortex. The researchers then subjected these cells to the Zika virus, and found that within three days, the virus had spread through the plate of cells, and that there wasn’t any sign that the cells were fighting back.

Wired points out that the way the stem cells were grown does not replicate what happens naturally in the body, so it will take more research to gain a clearer view of what is happening within infected fetuses as they grow. This is just the beginning of many studies to answer the questions scientists currently face with the rising concern of Zika and microcephaly. Next, the researchers aim to grow “mini-brains” in the lab to watch for longer-term effects on neural tissue, with the aim to find ways to combat it.