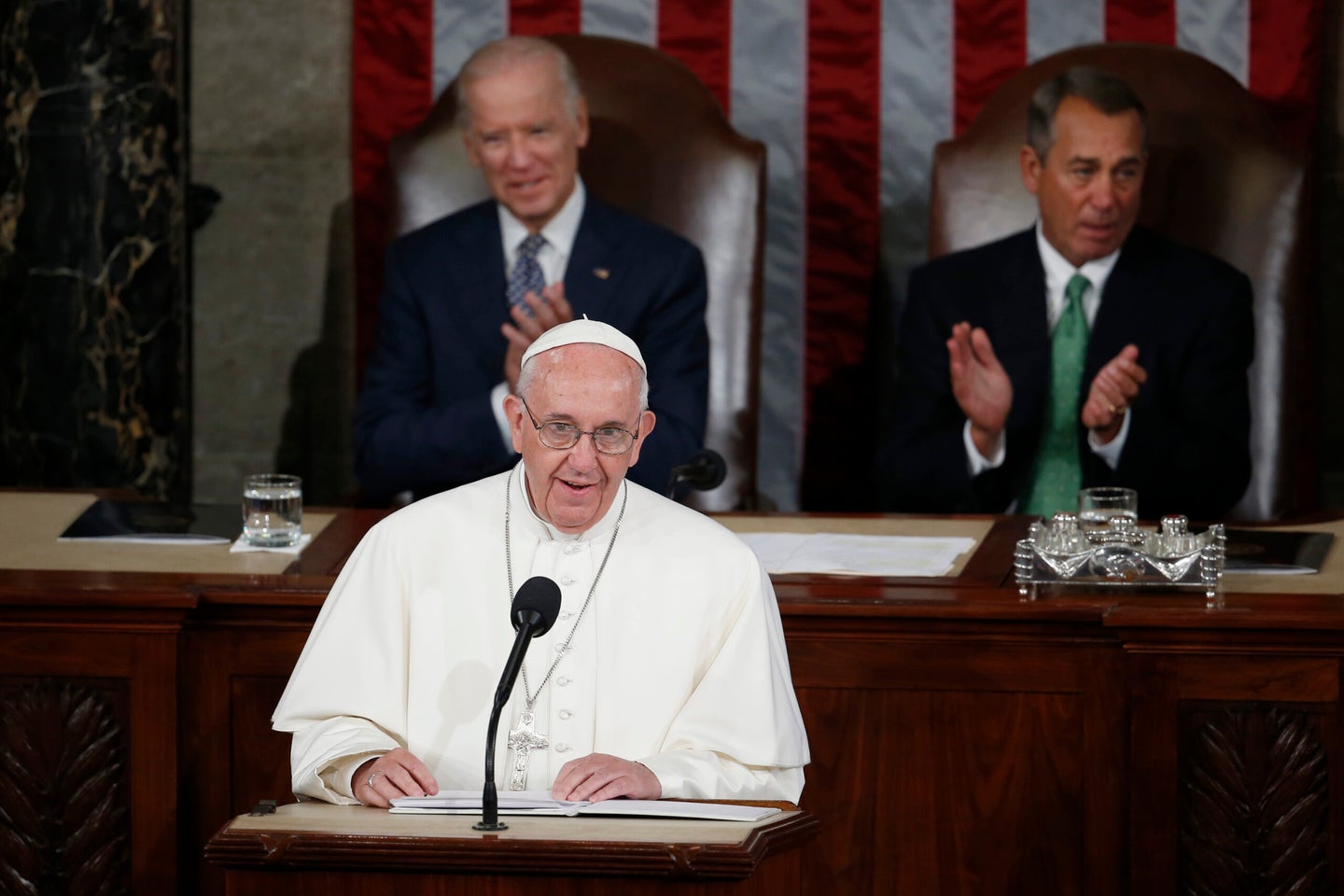 Pope Francis addresses a joint meeting of Congress on Capitol Hill in Washington, Thursday, Sept. 24, 2015, making history as the first pontiff to do so. Listening behind the pope are Vice President Joe Biden and House Speaker John Boehner of Ohio. (AP Photo/Carolyn Kaster). Carolyn Kaster
SHARE

Pope Francis just finished delivering his first address to the U.S. Congress in Washington, D.C. — the first such speech to a joint-session of Congress by the leader of the Catholic Church in history — and he once again prominently referenced the need for dialog and action on climate change. As the Pope said in his address (via Vox):

Pope Francis also said he believed that the forces of American technology and research could be used to help combat the effects of climate change. As he explained in his remarks:

The address, which came a day after Pope Francis made similar remarks at the White House, was wide-ranging and focused on numerous other subjects beyond climate change, including economic disparity, violence, ending the death penalty, and even the damaging effects of some religious ideologies.

Pope Francis was widely applauded by lawmakers from both parties Congress throughout the address, but whether they follow up and act in a meaningful way on his pronouncements is another story. Earlier this week, Democrats in the Senate introduced a bill aimed at putting some of President Obama’s proposals on combating climate change, which include more aggressive annual reductions in greenhouse gas emissions. But with Republicans controlling the House of Representatives, it’s highly unlikely the bill will be passed into law, as The New York Times reported.