He's got the whole world on his mind 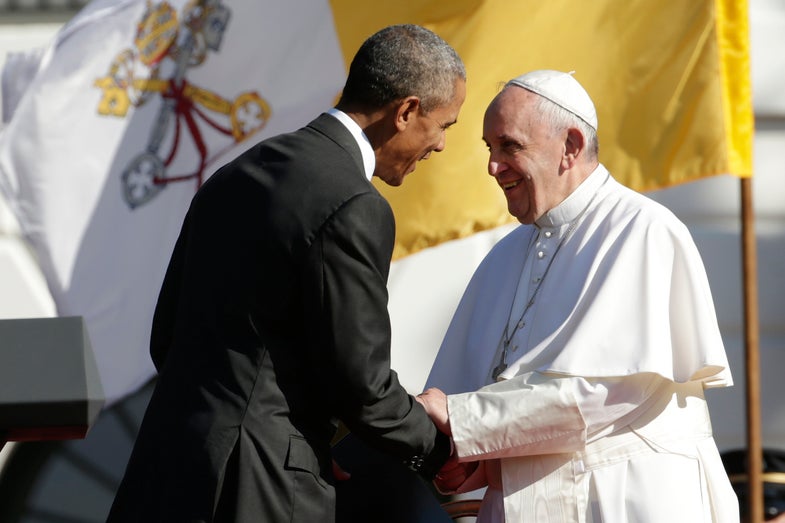 Pope Francis’ first visit to the United States is causing a stir in so many ways. Drones are grounded, traffic is snarled, raccoons are on the loose. But the crowds of thousands gathered to catch a glimpse of the religious figure are mostly interested in what he has to say. In his first public remarks in the United States at the White House this morning, the pontiff took the opportunity to praise President Obama’s environmental efforts to take action against climate change.

In his speech, the pope said:

The remarks aren’t a complete surprise. President Obama has made no secret of the fact that combatting climate change is one of his primary goals before he leaves office. And the Pope’s wrote an encyclical in June that framed environmental action as a moral imperitive. The encyclical, Laudato Si was quoted by the Pope in his remarks today. It is likely to be referenced again tomorrow, when the Pope addresses a joint session of Congress.