What the Pop Sci folks are reading right now

Should we start a book club? 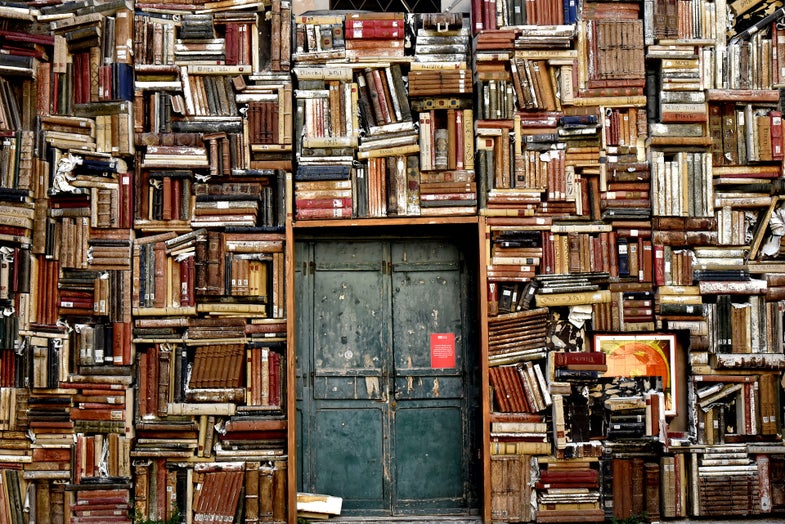 Sometimes choosing what book to read can feel like an insurmountable task. It can be a serious commitment. Would you rather to sink your teeth into a rich historical biography or remain perched on the edge of your seat with a psychological thriller?

I never know what to read, so I asked what people around the office for some suggestions. Everyone seemed super stoked about their current books, so we thought we’d share them with you, too.

“This is the last book in a historical trilogy that I started reading to learn more about the civil rights movement. School districts have sanitized the version of the movement that appears in our textbooks. Segregationists routinely used bombings, lynchings, and plain murder against blacks and those perceived as supporting them. Branch’s books make it clear that terrorism is not new to this country—merely more broadly applied.” —Kendra Pierre-Louis

“Some of my coworkers were brainstorming punny headlines based on 100 Years of Solitude, which inspired me to read the book. I loved it so much that, when I finished it, I immediately got Love In the Time of Cholera from the library.” —Sophie Bushwick

Love In the Time of Cholera by Gabriel Garcia Marquez. Amazon; $12.

“Neil Gaiman is just a damn good writer. His short stories in particular have a way of wrapping around your brain and then hunkering down in there forever. And anyone who’s read American Gods knows he does brilliant stuff with mythology, so I’m expecting his latest to be some of his best.” —Rachel Feltman

“I wanted to read a novel—but nothing too long. Lately I feel like I don’t have the capacity to sit and read something for hours at a time, and I didn’t want to intimidate myself. Toni Morrison’s God Help the Child had been under my bed for a few weeks, so I cracked it open. It’s good—and, of course, no decent escape from the political climate. Morrison explores how events that happen in childhood can fracture a person’s psyche well into adulthood. It makes you consider how much respect and love and credit children deserve—and how terrifying it is to think of all the broken adults embossing their problems onto the next generation.” —Amy Schellenbaum

“I’m re-reading this for a book club, and was totally taken in. This is terrifying, well-written and makes you think hard about authoritarianism, feminism, and the future. Also, it’s about to be made into a series on Hulu, so it’s a great time to pick it up again.” —Mary Beth Griggs

“I can’t get enough Doctor Who. I bought this book since I am going through some serious withdrawal and needed a fix.” —Billy Cadden

Doctor Who: The Whoniverse: The Untold History of Space and Time by Justin Richards. Amazon; $33.

“There are just some people who I love so much that I want to read and watch everything they’ve ever done. Michael Chabon is one of those people.” —Sara Chodosh

“I’m reading Silent Covenants because I want to better understand when and how American institutions fail people of color. I did not get to do a lot of reading about history or politics in college, but current events have compelled me to start reading up. Knowledge is power!” —Molly Battles

Silent Covenants: Brown v. Board of Education and the Unfulfilled Hopes for Racial Reform by Derrick Bell. Amazon; $10.

Also: “I’m reading this book because it’s a beautifully-written, totally relatable account of two young people starting their post-college lives in New York City. Pitoniak so perfectly captures those (maybe universal? I hope?) humbling first few months during freshman year of life. I’m a sucker for novels set in New York City, and in this one, New York is basically its own character. Pitoniak is hyper-observant of the ways people interact with each other and with their surroundings, and there are moments in this book that are so beautifully constructed I had to go back and read them multiple times.” —Molly Battles

The Futures by Anna Pitoniak. Amazon; $13.

“Having not caught the running bug till my mid-30s, I’m always curious why other people have started running and what their motivation is for continuing with it.” —Mike Moreno

The Long Run: A Memoir of Loss and Life in Motion by Catriona Menzies-Pike. Amazon; $13.

“I just finished the final book in the series called The City of Mirrors. This thriller was recommended to me by our editor in chief, Joe Brown. It’s a sci-fi/horror/fantasy series about what happens when we try to cheat death. Instead, we end up unleashing a vampire virus on the world. But really it’s about fighting for life and dealing with loss of loved ones, which I have been lately and found myself saving passages from the book to help with my own grief. It came to be the perfect books for me at the moment of my own loss of a loved one—and its a scary good time.” —Thom Payne

The Passage by Justin Cronin. Amazon; $2.

The Twelve by Justin Cronin. Amazon; $12.

The City of Mirrors by Justin Cronin. Amazon; $14.

“I really liked the Netflix series based on the books. It’s a great mixture of doom and absurdity that feels very relevant today.” —Sarah Fecht

A Series of Unfortunate Events by Lemony Snicket. Amazon; $6.

“I have The Secret History of Wonder Woman on my shelf because a friend thought I needed a break from the news, so a deep dive into the creation of an explicitly feminist hero who punches Nazis seemed to be just the ticket.” —Kelsey Atherton

The Secret History of Wonder Woman by Jill Lepore. Amazon; $11.