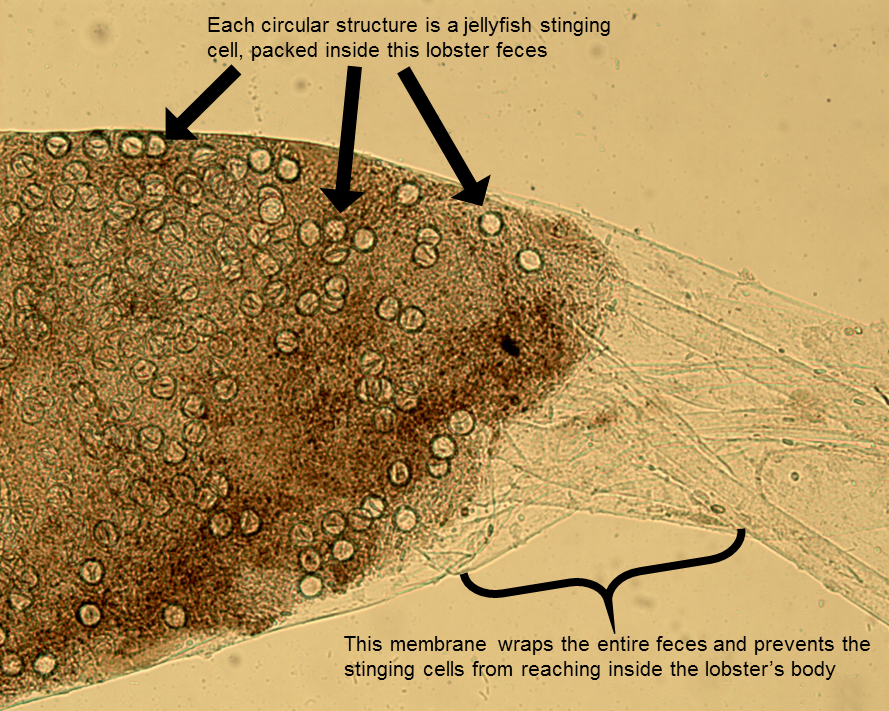 To protect themselves from the stinging jellyfish they dine on, young lobsters swath their poop in a special membrane, scientists in Japan reported today in the journal Plankton and Benthos Research.

In the wild, larvae of the smooth fan lobster (Ibacus novemdentatus) have been spied hitching a ride on jellyfish and gobbling them up, tentacles and all. A layer of chitin armor shields parts of their guts, but other areas are vulnerable to stings.

To figure out how the lobsters avoid having their digestive tracts injected with venom, the team fed several larvae a meal of Japanese sea nettles (Chrysaora pacifica) and scooped up their poop.

The feces was wrapped in a “sheath-like material” and contained spent stinging cells. These cells were only found inside the membrane, indicating that it blocks the stingers from breaking through and harming the lobsters as they feast.