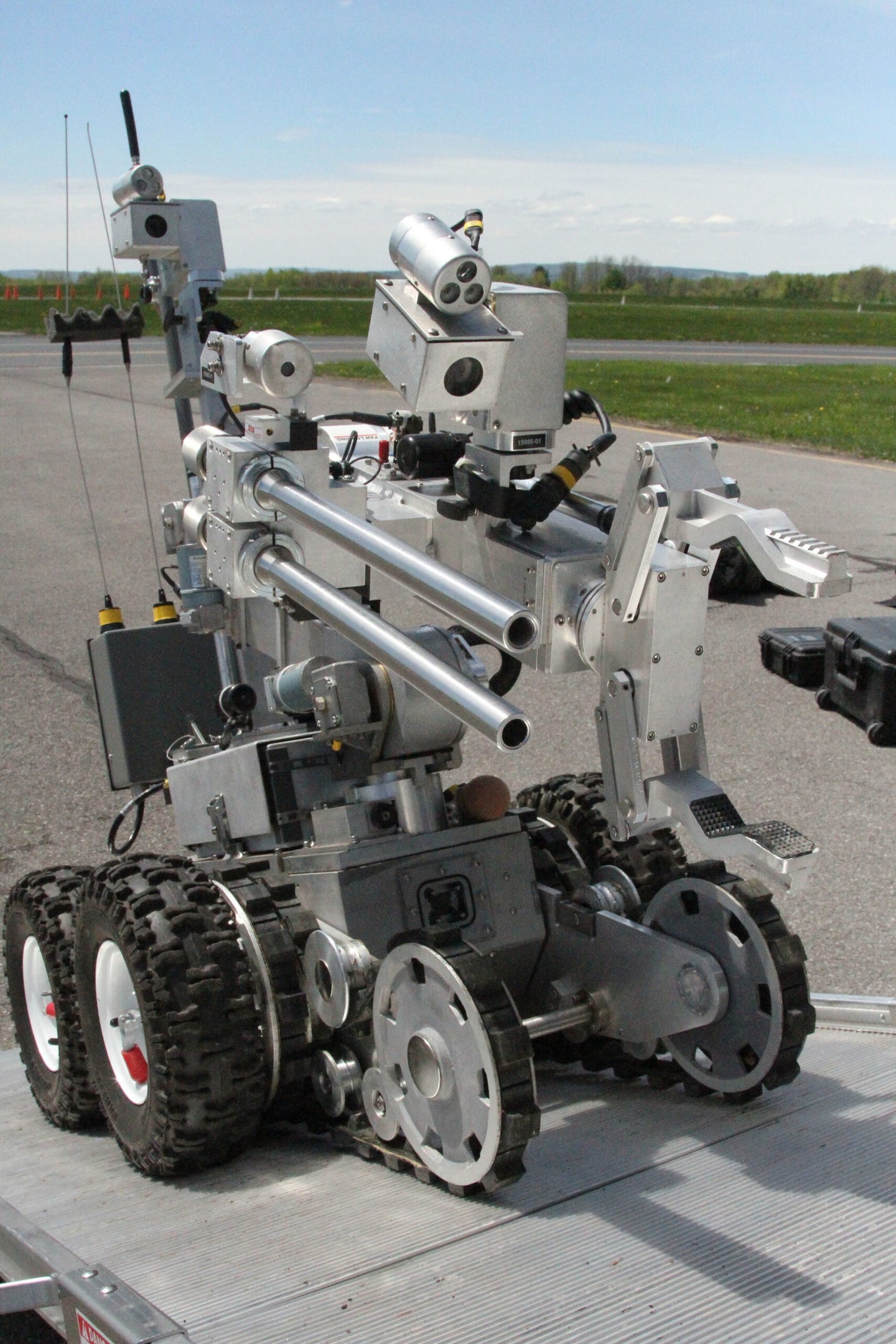 In the wake of post-protest shootings that left five police officers dead and seven others wounded, along with two civilians, police traded gunfire last night with a suspect inside a downtown Dallas parking garage. Eventually, law enforcement sent a “bomb robot” (most likely shorthand for a remotely controlled bomb disposal robot) armed with an explosive, to the suspect’s location, then detonated the explosive, killing the suspect.

“We saw no other option but to use our bomb robot and place a device on its extension for it to detonate where the suspect was…other options would have exposed our officers to great danger,” said Dallas Police Chief David O. Brown. “The suspect is deceased as a result of detonating the bomb.”

Repurposing a robot that was created to prevent death by explosion clearly contrasts with the way these machines are normally used. Bomb disposal robots are routinely used to minimize the potential of harm to officers and civilians when disarming or clearing potential explosives from an area. They are often equipped with their own explosive charges and other tools, not to kill, but detonate other potential bombs in the area.

Dallas police used a bomb disposal robot in another major news story last year, when the Dallas Police headquarters were attacked by a gunman who planted explosives. That assailant was shot by police, not killed by the bomb robot.

Records show that the Dallas County Sheriff Department and neighboring Duncanville Police Department each own a MARCbot, another commonly-used bomb disposal robot.

Previous images seen of the Dallas Police department’s bomb robots appeared to show a Northrop Grumman Remotec Andros F6A or F6B, a standard model for police and military use. It’s highly customizable, and can look very different depending on which configuration of arm and sensors are configured. The closest known Andros resides in Comal County, Texas, 250 miles away.

On July 11, the Dallas Police Department confirmed from its official Twitter account that the model used was an Andros Marc V-A1.

The police’s use of this machine to kill raises questions about how robots will be used in the future. This may be the first example of a robot being used by American police to kill a suspect, notes University of California Davis law professor Elizabeth Joh:

Popular Science contributing editor Peter W. Singer tweets that similar tactics have been used before, although in a military situation, when a surveillance robot was used to kill an insurgent with a Claymore explosive.

It’s unclear how police controlled the robot, but wireless protocols can be easily intercepted or altered by skilled hackers. Security researcher Matt Blaze points out that the security of a machine like this becomes more important once it’s shown the capacity to be used as a weapon.

In other images found of Dallas a bomb disposal robot in action, the robot appears to be controlled wirelessly. The Andros robot can be operated wirelessly or with a wired tether, according to the Northrop Grumman website, but it’s unclear which mode Dallas Police used in this incident.