Instant film is making a comeback 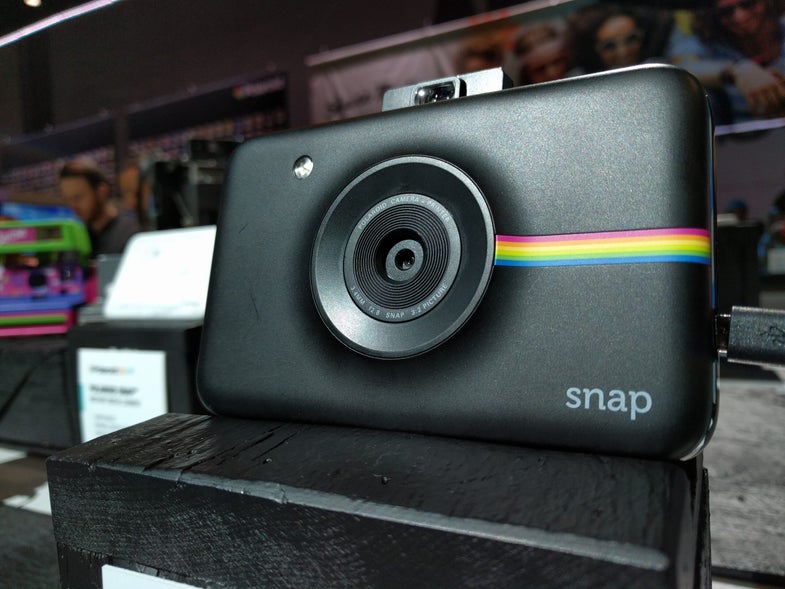 Polaroid is best known for the instant-film camera it popularized during the 1970s, the SX-70. The camera made it easy for anyone to be a photographer because it only had one button, and it spit out film that instantly developed right after the photograph was snapped. It’s been decades since the SX-70 was released, but Polaroid thinks that it can rely on some of the legendary appeal of the SX-70 to attract new, younger customers.

The Polaroid Snap is a beautifully designed digital camera that spits out instant-film prints just like the SX-70, and it even has the iconic rainbow stripe. Since this is a digital camera, there’s a little more flexibility than the one-button SX-70 camera. A 3.5-inch touchscreen LCD on the back of the Snap lets users line up shots or even select photos to print at any time.

The Snap’s bluetooth capability lets the device connect to tablets, smartphones, and other gadgets that might be storing photos they want to print on Polaroid’s new instant film called Zink Zero Ink. The Snap has a 10-megapixel sensor, shoots 1080p Full HD video, and has a microSD card slot for expandable storage. The Polaroid Snap is available now on Amazon for $99.