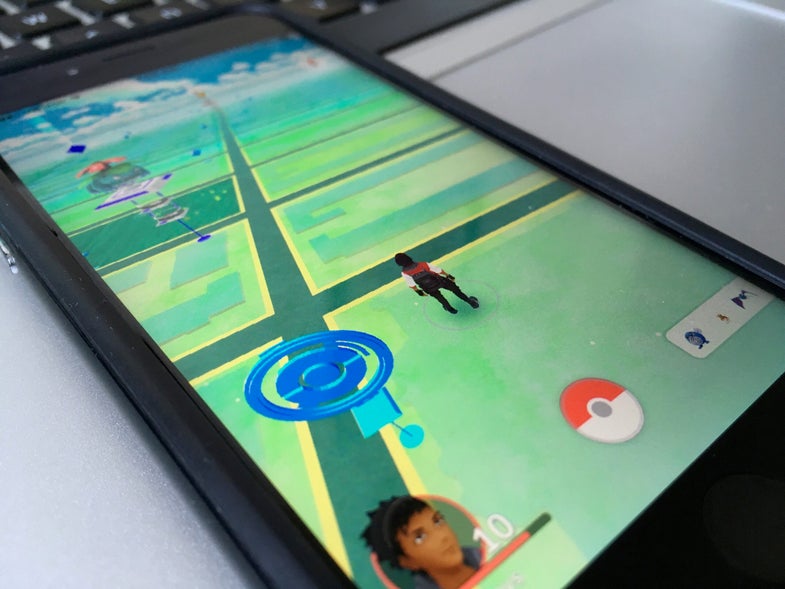 A Pokémon Go update is out. Xavier Harding
SHARE

Pokémon Go-mania has swept the nation with Poké-fever, increasing Nintendo’s stock price to record-breaking heights. But for those who’ve been living under a Geodude, Pokémon Go is the series’ first augmented reality game. Players are able to use their smartphone camera and GPS location data to catch Pokémon in the real world. Which is only made more convenient when considering you can attach your Google account for cloud access across any device.

This full account access allows the third-party app to “see and modify nearly all information in your Google Account (but it can’t change your password, delete your account, or pay with Google Wallet on your behalf),” according to Google’s official apps site.

The easy answer to avoid Pokémon Go’s current privacy invasion is simply to start your Pokémon adventure with a Pokémon Club Trainer account instead of a Google account — keeping your Poké-life and Google-life separate. But for those who began their adventure already by attaching their game to their PokéMaster1@gmail.com account, the company plans on addressing this privacy bug. 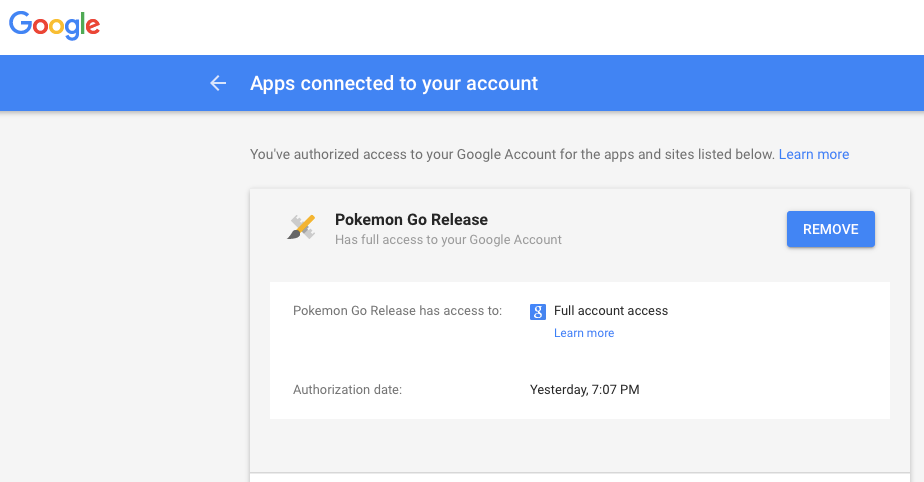 In a statement from PoGo creators Niantic, via Kotaku, the game studio said the full access was a mistake:

Considering Niantic was formerly owned by Google, which still invests in the game company, it’s likely that Niantic has very little incentive to pull one over on Google.

But it’s still important that Niantic is addressing this request of full access to players’ Google accounts. Pokémon Go-ers have little desire to delete their accounts and start their game over. We’ll hope a fix comes soon. Though not sooner than trading Pokémon between players — because, priorities.