Playstation VR Will Be At CES 2016 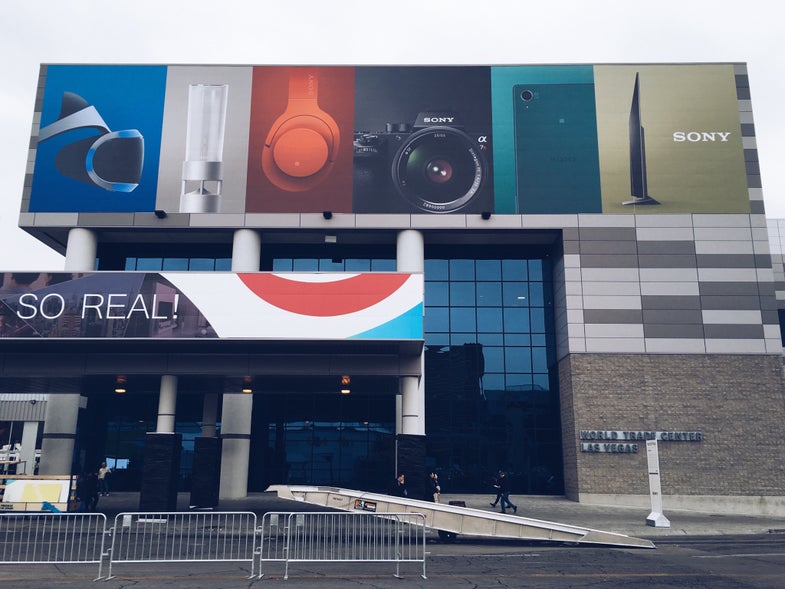 The Sony Playstation VR release date remains unknown amongst PS4 nation. But that may change at CES 2016 in Las Vegas. We tried Playstation VR back at PSX in San Francisco and the company held the launch date of their virtual reality solution very close to the chest. “The first half of 2016” was all the console-maker would let us know. Though a glimmer of hope has appeared at the Consumer Electronics Show–a banner including the headset for none other than Playstation VR.

For those that may have missed it, the PS VR headset can be found in the blue portion of the banner towards the left.

CES has yet to kick off, but hints have started to drop via banners and booths located at the Las Vegas Convention Center. Now that we’ve reached the new year, “first half of 2016” means fewer days we’ll have to wait for Playstation VR. We could even see the announcement of a release date come in the company’s unveiling tomorrow. While fans already received a Final Fantasy VII remake and other goodies from Playstation Experience last month, perhaps Sony has one or two reveals for gamers still to come.