The world is your Play-Doh in Fracture 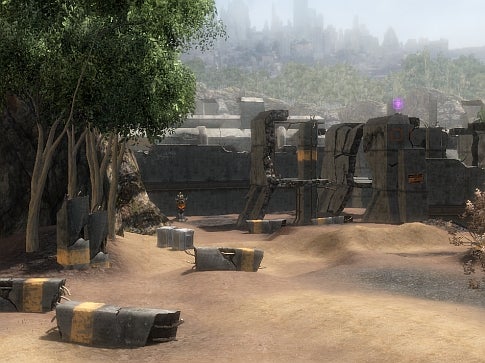 Talk about moving mountains. Many of today’s most sophisticated shooters trumpet destructible environments that let you splinter walls or pulverize pillars into powder with a well-placed salvo. But none offer the freedom or flexibility to reshape the world around you like LucasArts’ new futuristic blaster Fracture ($60, PS3/Xbox 360). You must morph terrain in real-time to tunnel a way forward or stop bullets from dinging your bionic rear-end.

Cult strategy games like Perimeter and Maelstrom previously hinted at the fun to be had toying with levels’ topography. Fracture fully exploits the concept’s potential, turning combat environments into virtual sandboxes. Need cover? Raise earthen mounds with your laser-like entrencher. Shield generator preventing forward progress? Summon a column of crystallized lava to crush its battery against the ceiling. Fishbowl-headed adversaries charging your position? Dig a crater and pick them off at your leisure, or hurl grenades that generate whirling vacuums of explosive energy. Fracture’s trigger-mashing action borrows heavily from Gears of War’s run-and-gun playbook. But engineering proves as much a weapon as any rocket launcher or handheld mortar in this game.

Inexplicably for such an otherwise sophisticated title though, the plot’s pure Velveeta. The year: 2161. You play cybernetic hero Jet Brody. (Wait, didn’t he star in that ’80s action flick?) America’s engulfed in a civil war over issues of genetics versus cybernetics. It’s up to you to single-handedly save the day when San Francisco’s Pacifican faction secedes. In a word: Barf.

Like the cheesy story, the extreme difficulty of the game fits poorly with the inventive concept, although the toughness of the challenge is offset with frequent save checkpoints and hint-revealing camera flybys. Technology, not presentation, obviously takes top precedence for the creators. It’s easy to forgive and forget, though, as both solo and multiplayer standoffs offer quite a refreshing workout.

You’ll fight tooth and nail for every inch of ground, even as your mind races with thoughts of how to transform it into a killing blow or strategic defense. Getting your hands dirty has never been such good, clean fun. 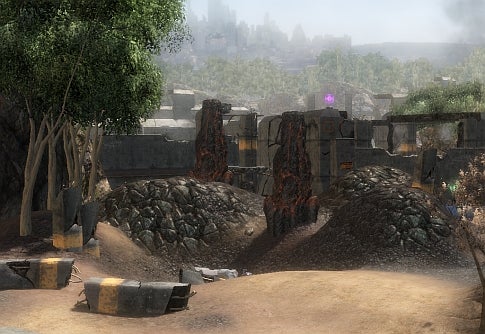 Get Rich Playing Games author and TV/radio host Scott Steinberg has covered technology for 300+ outlets from CNN to Rolling Stone. For more of his insights, visit www.scottsteinberg.com.