You can shoot 'em up on any console, but a DIY world is hard to find 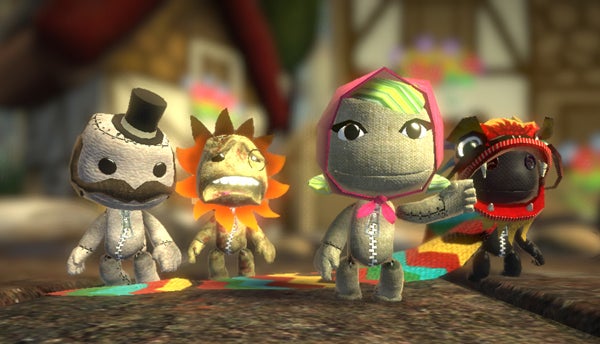 The hearts of PlayStation 3 fans are beating a little faster right now, with the release of Konami’s Metal Gear Solid 4: Guns of the Patriots exclusively for Sony’s system. This is more than the final chapter in a fan -favorite series, though. — It’s probably the last blockbuster title—other than Sony’s own creations– we’ll see released by a third-party publisher exclusively for PS3.

Now it’s up to Sony’s in-house development group to start cranking out the gotta-have-it hits, and soon — their sleek black console may be the best Blu-ray player you can buy, but that’s not enough reason to drop $400 on one. At a recent pre-E3 press event, I got a peek at what’s in the Sony pipeline for the rest of the year and found two titles with potential console-selling sizzle.

First, due props to the runner-up in buzz-worthiness, SOCOM: US Navy SEALS Confrontation, due in September. The new game ramps up the fan-favorite military combat franchise with up to 32 players battling in a single match and highly detailed environments that blow up real good. For gritty realistic combat on a grand scale, SOCOM rocks hard.

But I can jump into a firefight on any console. What I can’t get on other boxes is LittleBigPlanet, the extraordinary combination game / game construction set crafted by British developer Media Molecule. You play as irresistibly animated, highly customizable little characters called sackboys, who look like handmade dolls. They live in a side-scrolling two-dimensional world with near-photographic backgrounds, and physics that work exactly right.

All the objects look and behave like real-world materials. Balls bounce and roll when you push them, teeter-totters teeter and totter, ice breaks if you smash at it hard enough. Your sackboy’s powers are limited to running, jumping a little and pushing and pulling at things, but he (or she) can combine moving parts to create anything from simple ramps and steps to extraordinarily elaborate vehicles (the developers showed off a great-looking cartoon tank) and Rube Goldberg mechanisms to achieve your goals. What’s more, you have exactly the same building tools that the pro designers used to create the pre-packaged levels at your disposal, and they’re blissfully easy to use. Whatever levels the worldwide LittleBigPlanet community creates can be posted to the PlayStation Network for free download — there will be a user rating system and a Favorite Levels section so you can cherry-pick the best and brightest from the deluge of dross.

Writing about this game is a lot like trying to describe a kiss — you really have to be there. So take a side-trip over to YouTube and search for LittleBigPlanet (or Little Big Planet — it’s officially all one word, but that’s frequently forgotten). If you can watch the gameplay demos without smiling, I have the unfortunate task of informing you that you have no soul. For the rest of us, even if you’ve never felt the need to buy a PS3, you just may pony up for a LittleBigPlanet machine when the game ships in October. 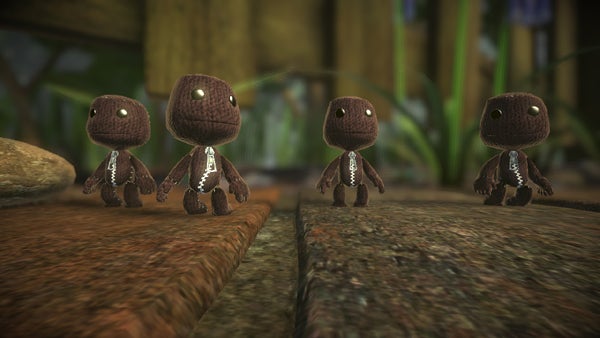 The sackboy protagonists in LittleBigPLanet are basically animated versions of handcrafted dolls – not terribly festive in their basic state. 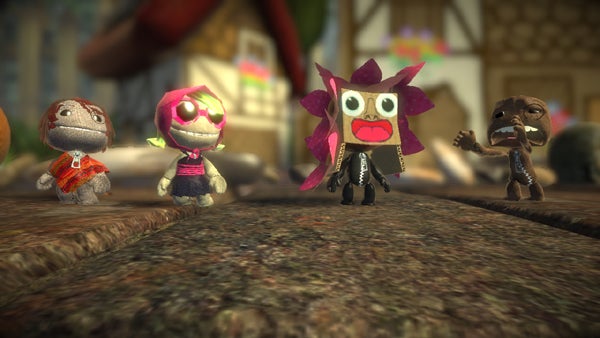 Once players unleash their imaginations on the sackboys (who, incidentally, can be either gender), the critters have lots of personality. 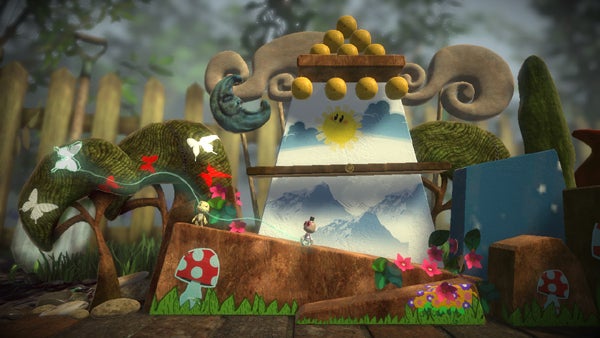 Fantastic photorealistic worlds can be created with simple tools in LittleBigPlanet, either starting from scratch or by taking an existing environment and altering it based on personal inspiration. In this level there’s a platform that pivots in the middle that the sackboys must cross, and valuable yellow orbs to collect.
Entertainment & Gaming
Playing Around
playstation
ps3