Electronic Arts takes us through their upcoming titles, and a cooperative zombie killfest stands above the rest 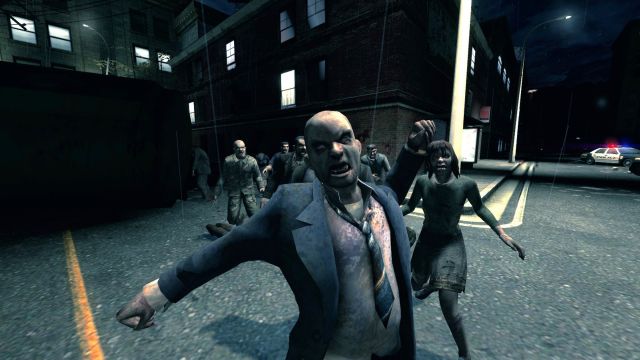 I arrived yesterday in San Francisco, a city where my evening’s entertainment has often taken a turn for the unusual. I certainly wasn’t disappointed on this trip, as I joined three friends on a stroll through devastated buildings and wasted streets, blasting hordes of aggressive subhuman attackers into chunks of lifeless meat. Hey, if the local government won’t do something about the aggressive panhandler problem in this city….

I’m on the west coast for a an early peek at the upcoming game titles before getting hit in the face with the fire hose blast of information at the annual E3 gaming convention in July. Monday night it was EA‘s turn, taking over an SF club to show off nine games, some expected but welcome (the Wii version of Rock Band, the PC version of Mass Effect), some only a hardcore fanboy could love (you know I’m talking to you, computerized card battle game junkies).

My favorite by far was Left 4 Dead (Xbox 360 and PC). The game is basically a four-player, first-person shooter. There’s a story in here somewhere—human race turned into slavering undead, you and your friends unscathed and heavily armed, blahty-blah-blah—but essentially it’s an opportunity for visceral, cooperative gunplay. 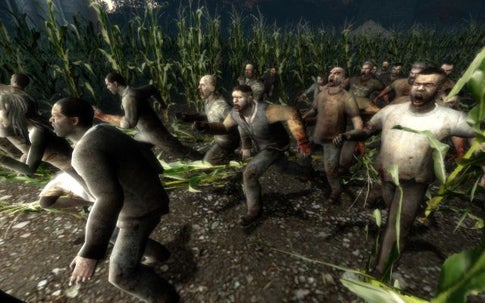 No doubt there are times when fragging your friends into gory gibbets fulfills some deep-seated need, and plenty of games deliver on that antisocial urge, but teaming up against hordes of evil seems like a more satisfying group activity to me.

That’s where Left 4 Dead shines. It’s four-player all the time, with whatever combination of human compatriots and computer-controlled bots you can round up. You’re going to need all the help you can get. These are modern movie-style zombies—fast-moving, skillful attackers (think 28 Days Later baddies, not lumbering Dawn of the Dead grunters).

They sometimes appear out of dark niches in close-quarters, indoor environments, sometimes descend in terrifying waves in outdoor spaces. Helping your friends is the only way to survive, whether it’s reviving a fallen comrade with a health pack or picking off attackers who are treating your pal like a buffet. Careful with those helpful monster-killing shots though—that undead head you want to hit is just millimeter’s away from your pal’s noggin. 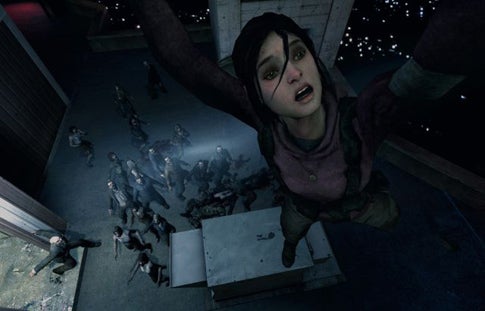 We all know what happens if you do

In addition to the rotting rabble there are five boss-class zombies lying in wait. I loved the moment when, responding to my friend’s cry for help, I found him helplessly dangling from above, caught by the extended tongue of a boss zombie who’d tagged him from the roof of a building. The best “yecch!” moment comes from splattering a Boomer, a gas-filled corpulent ugly who covers anyone nearby in crimson innards when shot—obscuring your vision and attracting all the nearby undead to feast on you with goo sauce.

And if you get tired of being the heroic type, you can take on the role of a zombie bigwig and try a little fancy feasting of your own. Left 4 Dead looks like a tasty treat indeed, due to ship before the end of the year.