Leachates are toxic to the most numerous photosynthesizing organisms in the world. 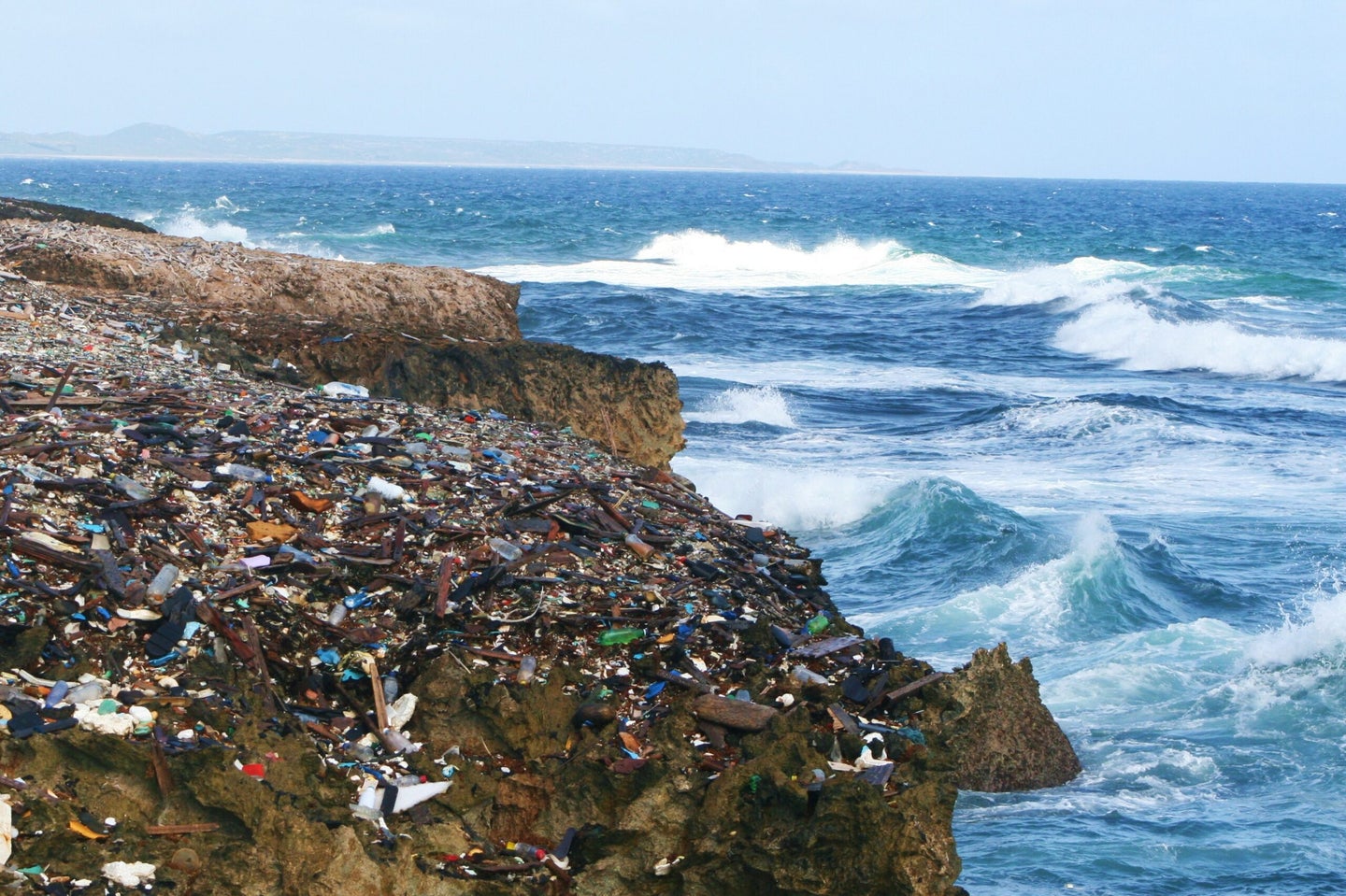 The dangers plastic bags, bottles and other products pose to marine life are all too familiar. Discarded plastics can physically choke ocean creatures, or build up in their bellies and pose a toxic threat. But our debris can also steep in the water, creating a dangerous tea. And that tea could erode the very foundation of marine ecosystems: the octillion or so (that’s 1 with 27 zeros) Prochlorococcus bacteria that produce an estimated 10 percent of our oxygen.

Prochlorococcus are the most numerous photosynthesizing organisms in the world. They suck up carbon dioxide, just like plants, storing the carbon in their cells. And they release oxygen into the atmosphere. In short, these tiny bacteria play a huge role in supporting a habitable planet.

Scientists at Macquarie University wondered if the millions of tons of plastic sinking into the seas each year could pose a threat to these crucial organisms. They published their results in the journal Communications Biology.

Other studies have found that zooplankton, tiny marine animals such as baby crustaceans, get sick when submerged in a plastic-tainted water. But there was little plastic toxicity research on photosynthesizing organisms. And even if the current levels of plastic tea, or leachate, aren’t all that high yet, the study sounds an alarm about our reliance on the ubiquitous material, according to author Lisa Moore, molecular scientist at Macquarie University in Sydney. “Even some of the most abundant organisms could be potentially damaged if the waste continues to increase and we don’t do anything about it.”

So the team made two different types of plastic tea: one with high density polyethylene (HDPE), the stuff plastic grocery bags are made of, and another with polyvinyl chloride (PVC), which is, yes, in PVC piping but also in many other materials, including the sticky matting used to keep rugs from sliding. They then bathed two strains of these cyanobacteria in different concentrations of the leachates for three days, measuring the growth of their cells, oxygen production, and the activity of their gene transcription.

By three days in the plastic soup, both strains suffered significant losses to their populations at every dilution (the concentrations ranged from about 3 percent leachate to 50). Their photosynthesis was cut back, too—fewer new cells formed, and the bacteria produced less oxygen. Relatedly, a lot of the genes that were downregulated in the submerged cells performed functions supporting photosynthesis. And the more concentrated the tea, the more bacteria died.

While both plastics had a toxic effect, PVC harmed bacteria more than HDPE. This is possibly because PVC tends to have more additives used in its manufacture, says Moore. While the polymers that make up the backbone of plastics are mostly inert and resist decaying, lots of chemicals get added to those backbones to customize plastics, including solvents, dyes, and metals. The toxins to blame for the bacteria’s poisoning likely include both organic (carbon-based) compounds and heavy metals, like zinc, says Moore. (The study identified the presence of these compounds but wasn’t able to quantify them).

Although the findings are alarming, the experiment is more a baseline assessment of toxicity, rather than a representation of conditions in the ocean right now. “Levels of leachate aren’t going to be as high as what we have in the lab,” says Moore. “We’re not saying the Pacific garbage patch is killing [the bacteria].” Next steps for Moore include field-based experiments looking at leachate toxicity in natural bacteria populations, as well as a lab test specifically analyzing zinc toxicity in the microbes.

Still, it’s important to understand the many ways that plastic pollutes the oceans. “The warning [from the study] is to manage the waste stream better,” says Moore. “We’re not going to do without plastics … but we can manage our use of them, and the waste of them, and possibly change some of the manufacturing to make them less toxic.”