Before Giuliani, no one woulda blinked 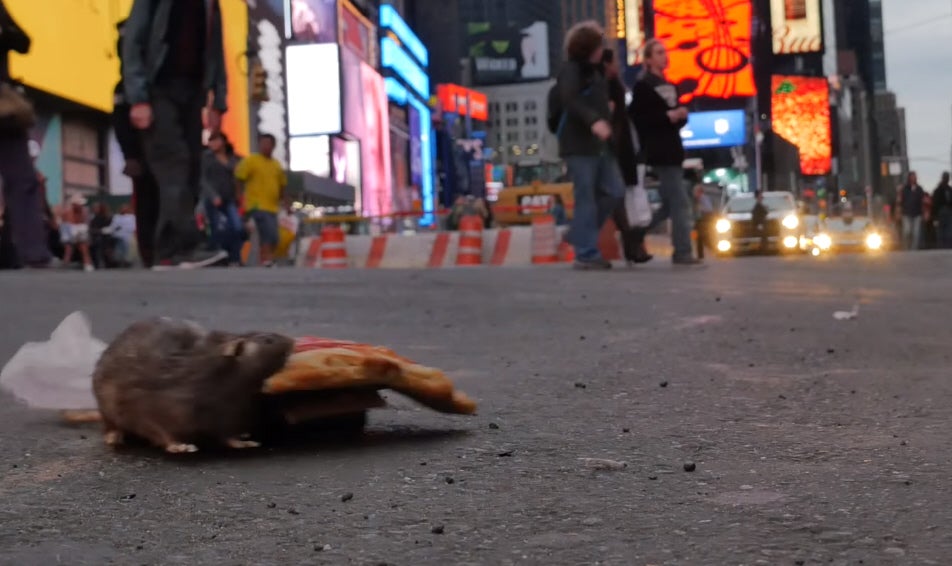 Memes repeat themselves, first as Halloween costumes, then as robotic participants in pranks. Pizza Rat, a subway-dwelling rodent fighting for a slice, rose to glory on a surge of bored media before being overcome by actual news. Pizza Rat later reemerged as a Halloween costume (including, of course, a sexy pizza rat option). Now, thanks to the efforts of professional stranger-annoyers Prank vs. Prank, a toy remote-control car dressed up as a pizza rat has harassed some people in the New York subway.

Charming. The prank captures several looks of disgust, though it’s hard to be sure how many are about the pizza rat robot itself and how many are reactions to the strange camera crew following a robotic rodent into crowds. Watch the full video below: