Pilots Claim Their Drone Is First To Cross The English Channel 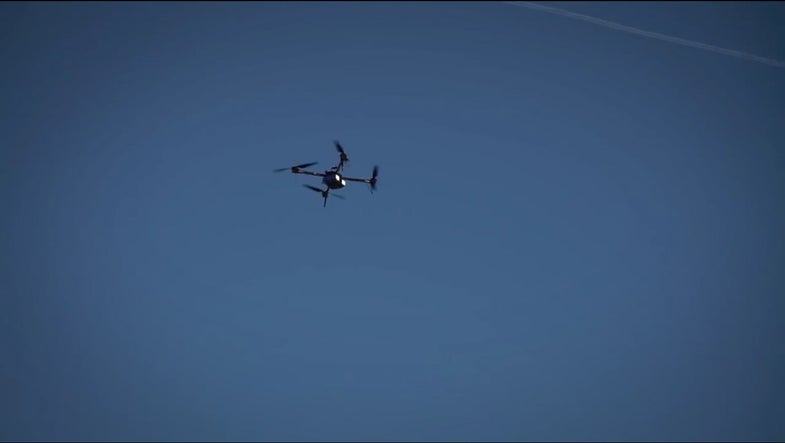 The English Channel is a barrier. Ever since William the Bastard crossed the narrow band of sea in 1066 and earned the title William the Conqueror, the channel has stood as an impenetrable barrier to invaders.

This has also made it the site of a bit of aerial sport. Despite the channel being just over 20 miles across at its narrowest point, aviators since the dawn of aviation have clamored to be the first to fly across the channel with a new craft. In 1909, Louis Blériot became the first person to do so, but records have been claimed as recently as last year, when the first two entirely electric airplanes crossed the channel, each claiming to be the first plane like that to do so (it’s still disputed which one was first). This week, we might be able to add a new craft to historic channel crossers: an unmanned quadcopter piloted by Richard Gill of Team Ocuair as he sat from inside a little boat.

The flight took place on February 16th, with the custom-built quadcopter flying almost 22 miles in 72 minutes. The pilot at all times was within 1600 feet of the drone, to comply with local laws, but “with GPS guidance and automated flight it is perfectly feasible that the drone could have made this flight independently,” Gill and his team write in their summary of the video on YouTube. The point of crossing the channel is, like that of all who flew over it before them: to prove that the flying machine can fly that far, and to do it over water so there’s risk if it can’t.

Watch a short telling of the flight below: