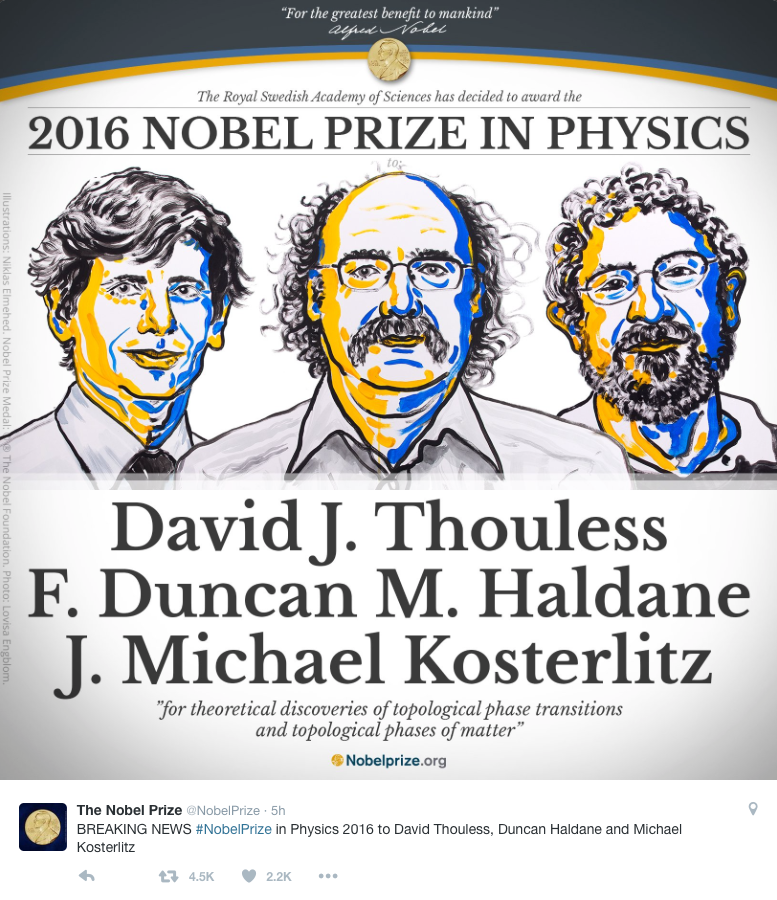 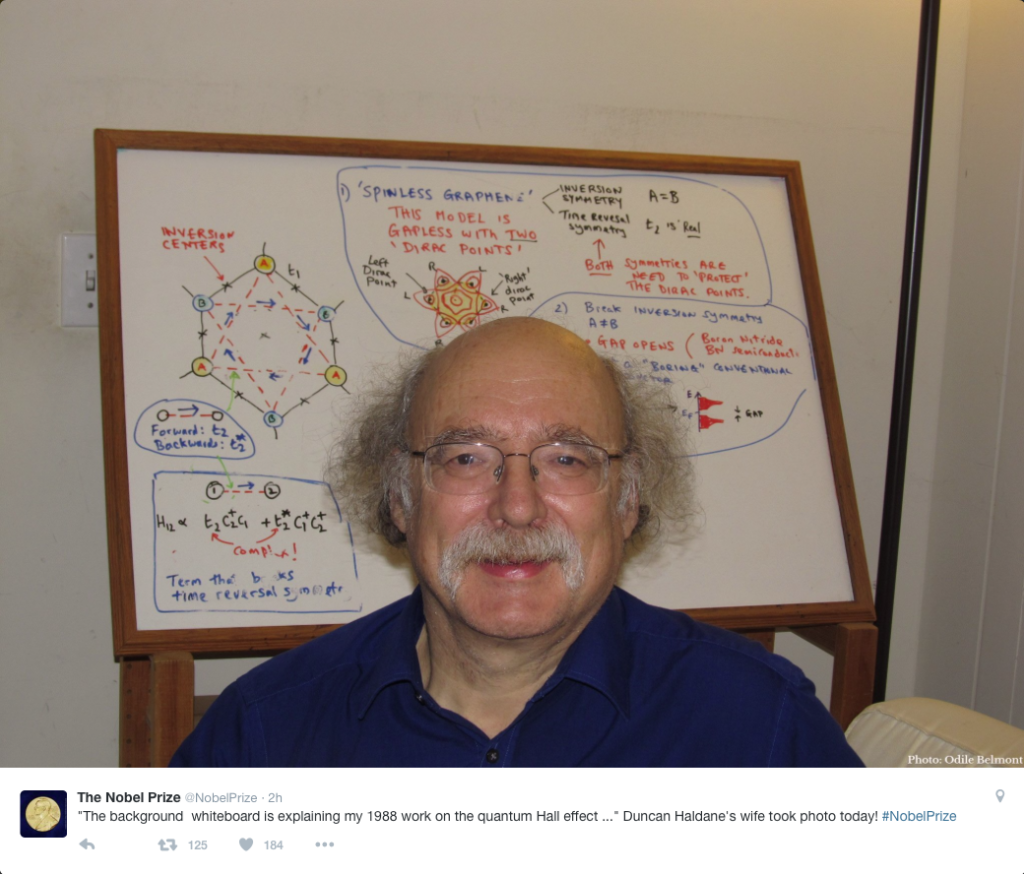 Duncan Haldane in front of his whiteboard

Since the 1970s, U.K.-born physicists David J. Thouless, F. Duncan M. Haldane, and J. Michael Kosterlitz have been employing mathematical concepts to shed light on the quantum properties of unique phases of matter. Today, the Royal Swedish Academy of Sciences awarded them the 2016 Nobel Prize for physics, with half of the prize going to Thouless and the other half shared by Haldane and Kosterlitz.

These researchers’ work uses mathematical concepts of topology to examine the unique properties displayed by unusual phases of matter such as superconductors, superfluids, and thin magnetic films. All three physicists spent years studying matter in states so thin as to be considered two-dimensional–a stark contrast to our physical world, which is generally considered to be three-dimensional.

The key to their research has been their use of topology, the mathematical concept that describes the abrupt, step-like changes of matter under different conditions. In other words, the phases they study change by whole numbers, not decimals. Back when Thouless started looking at these properties by altering the strength of magnetic fields, the existing laws of physics could not explain the step-like changes he observed in electrical conductance. But now, his work, as well as that of Haldane and Kosterlitz, have given contemporary physicists a way to understand the seemingly bizarre properties of matter on the quantum scale.

Their work stretches decades, but this award recognizes two important developments that have occurred. First, the researchers’ ideas have been experimentally verified, helping to create a coherent theoretical framework with which they can describe these phase changes. Second, and most excitingly, scientists are coming up with innovative ideas about how this work can be applied to burgeoning materials science areas such as superconductors. As scientists better understand superconductors, they could accelerate the rate at which we develop new technologies for metal purification and high-speed transit. “It’s nice to see how much impact your work has had. It’s very gratifying,” Haldane told Princeton University staff.