Plus, some of the other astonishing finalists 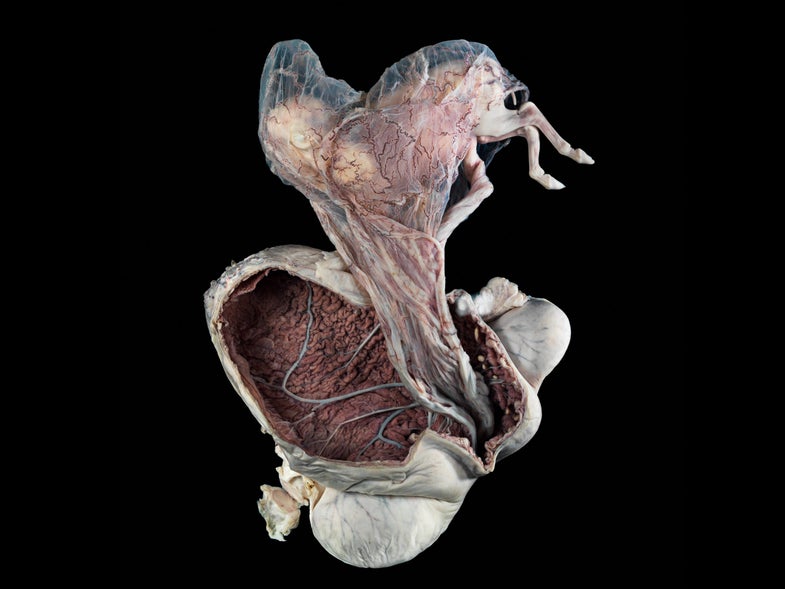 It’s not every day you get to see the uterus of a pony displayed in such a way to reveal the five-month-old fetus that was growing inside. Captured on film, this slightly creepy museum piece is the overall winner of the 2015 Wellcome Image Awards.

“It evokes many different emotions at once: it’s fascinating, sad, macabre, almost brutal,” contest judge James Cutmore said on the Wellcome Image Awards website about why he chose the picture. “Yet the subject is also delicate, detailed and beautiful.”

The Wellcome Trust is a biomedical research charity based in London. Its image collection contains health and science photos and renderings.

Here are some of the other finalists, which were announced on March 11.