Philando Castile Video “Glitch” May Actually Have Been Police 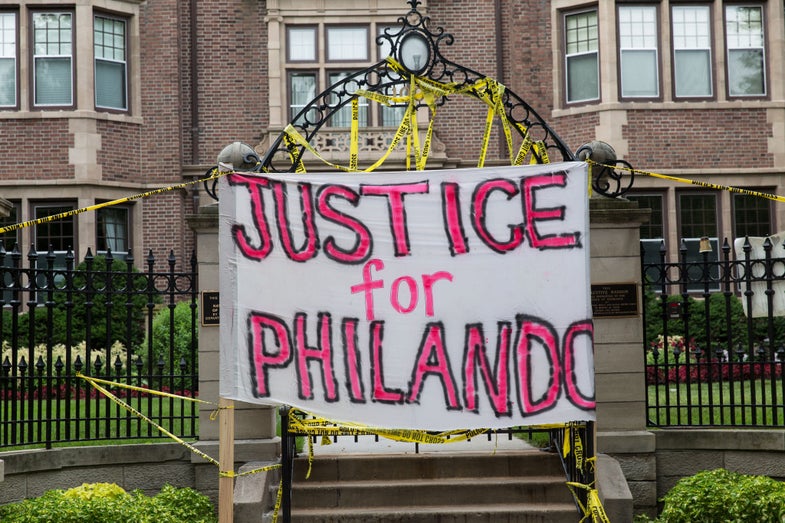 The Minnesota police may have been the real reason behind the removal of the Facebook Live video of Philando Castile’s death on Wednesday, according to UK news site The Register.

When the 32-year old Castile was shot by a police officer during a routine traffic stop in Falcon Heights, Minnesota, his girlfriend Diamond Reynolds began broadcasting on Facebook Live (warning: graphic content), web-streaming what was happening to the world.

But just as the video began going viral, it disappeared from Facebook, along with Reynolds’ profile. It reappeared about an hour later with a graphic content warning. A Facebook spokeswoman blamed its disappearance on a “technical glitch”.

However, The Register reports multiple sources have told them that Reynolds’ phone, which she claims was confiscated by police, was used to remove the video.

“They took over my Facebook. They took everything I had at the time,” Reynolds said in a press conference outside the home of Minnesota governor Mark Dayton on Thursday. “They are gonna tamper with evidence. They are gonna do whatever they have to do.”

Facebook has blamed blocked content on glitches before, such as when pro-Bernie Sanders groups were suspended temporarily in April. But they have also struggled with the challenge of managing what content to allow on Facebook Live; they took down a video posted by a French ISIS sympathizer directly after he killed two people, but allowed another clip of a Chicago man being shot to remain.

With more than a billion active users, Facebook is the Internet’s most crowded site, and uses tens of thousands of servers to keep the traffic moving. It’s hard to say how likely it is that such a powerful system would glitch on this particular video, but it definitely raises questions about who is controlling what content we see online.