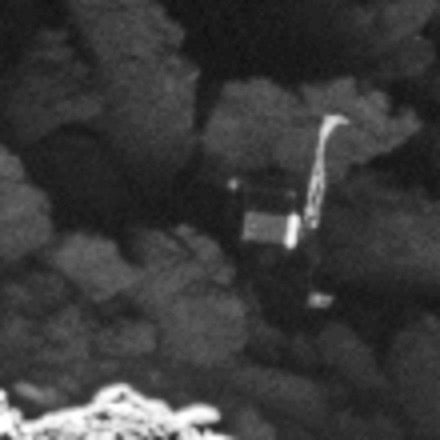 A close-up of the Philae lander. ESA/Rosetta/MPS for OSIRIS Team MPS/UPD/LAM/IAA/SSO/INTA/UPM/DASP/IDA
SHARE 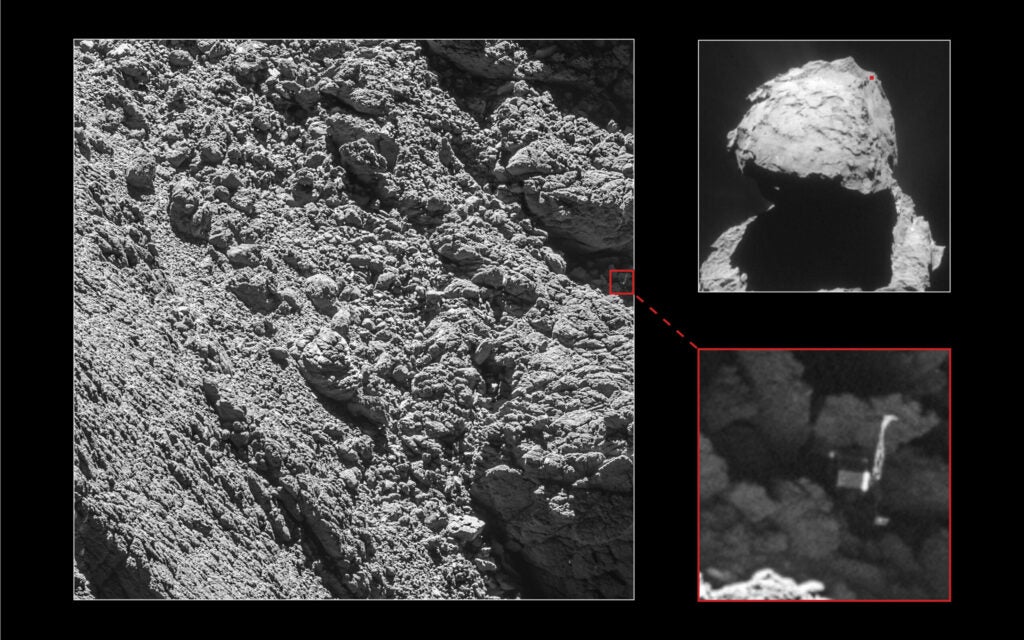 Rosetta found the location of the Philae lander.

We lost sight of Philae soon after its botched landing in November 2014, hearing only a few minor intermittent communications from the lander after that. We gave Philae up for dead in January. We gave up all hope of finding its remains on Comet 67P/Churyumov–Gerasimenko back in July.

But this weekend, the European Space Agency announced that it had found the lander on the comet’s surface, an exciting conclusion just at the end of Rosetta’s mission, which comes to an end on September 30.

“This remarkable discovery comes at the end of a long, painstaking search,” said Patrick Martin, ESA’s Rosetta Mission Manager. “We were beginning to think that Philae would remain lost forever. It is incredible we have captured this at the final hour.”

The discovery of the lander’s location means that researchers can finally decode some of the transmissions sent by Philae back to Ground Control in the time between when the Philae lander bounced out of view and before it stopped sending messages altogether.

“This wonderful news means that we now have the missing ‘ground-truth’ information needed to put Philae’s three days of science into proper context, now that we know where that ground actually is!” said Matt Taylor, ESA’s Rosetta project scientist.

Comet 67P/Churyumov–Gerasimenko will hang onto Philae (and eventually Rosetta when it crash-lands on the comet later this month) as the comet continues its journey through our solar system. Safe travels, Philae. You will be missed.

A close-up of the Philae lander.