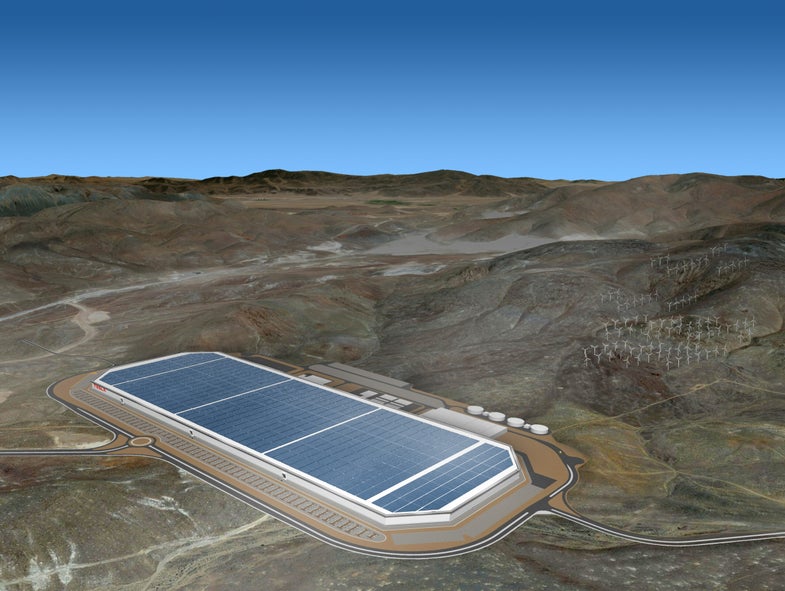 Previous attempts to peer inside Tesla’s $5 billion Gigafactory 1 outside of Reno, Nevada have… not gone well. But lucky for us law-abiders, we can now get a glimpse of the factory where Tesla will produce its home batteries, known as the Powerwall. Bloomberg took some beautiful photos of the facility.

Once the factory is running at full capacity, Tesla aims for Gigafactory 1 to lower the cost of production for its batteries by at least 30 percent. And as the company prepares to ramp up production on the new Model 3, its becoming all the more important. Tesla says the factory will begin production by the end of 2016. Head over to Bloomberg for more.