For Two Weeks, This California Town Has Averaged One Earthquake Per Hour 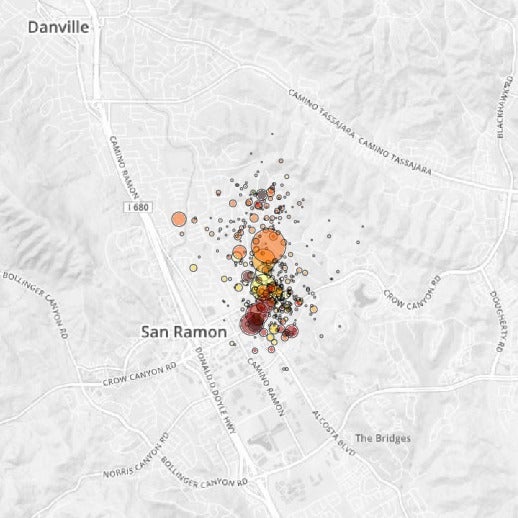 A map of some of the earthquakes that hit the town of San Ramon. USGS/ComCat catalog
SHARE

Large earthquakes can be incredibly serious, like the one that struck Afghanistan on Monday. But not all earthquakes are devastating, earth-shattering monsters. Sometimes, they’re just…there.

Over the past two weeks, over 408 earthquakes have rattled the town of San Ramon, California. That’s a little over an earthquake every hour, and sets a record for the area, beating out a 2003 swarm which lasted for a month and had 120 earthquakes. It’s an impressive accomplishment, but San Ramon has a long way to go if it wants to beat seismic heavyweights like Yellowstone National Park, which recorded 3,000 earthquakes over 3 months in 1985.

The United States Geological Survey (USGS) says that the swarm could last for “several more weeks”. But that isn’t a reason to panic.