Kids should be spending at least an hour a day to prevent it, study shows 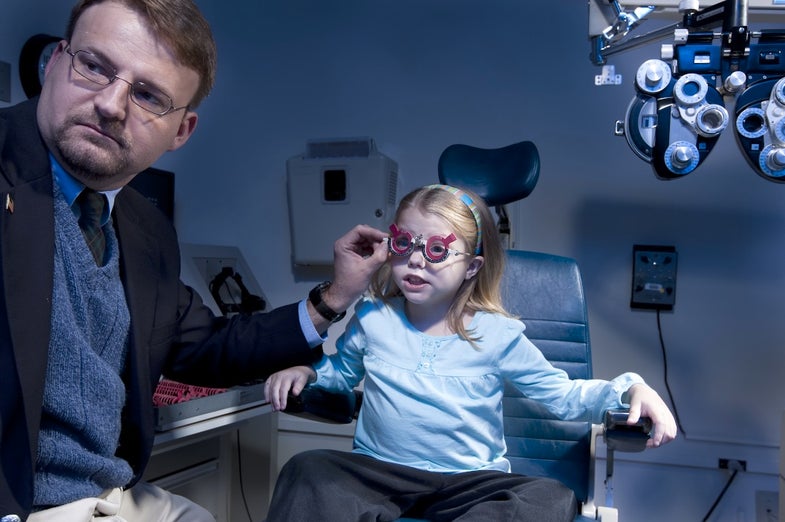 The world is becoming more nearsighted than ever—50 percent of the people on the planet are expected to be nearsighted by 2050. Scientists have long known that a person’s environment is a big factor in whether or not someone becomes myopic (nearsighted), and many believed that more time spent looking at screens was a large cause for the increase. But new research shows that exposure to outdoor light might play a bigger role in preventing myopia than previously thought. The researchers spoke about their work this past weekend at the Australian Vision Convention in Queensland.

In a study published late last year, the researchers monitored about 100 children—40 percent nearsighted, 60 percent with normal vision—over the course of 18 months. To record how much sunlight the children were exposed to, the researchers outfitted them with light sensors, worn on their wrist, for two 14-day periods within those 18 months. The researchers found that the vision worsened among nearsighted kids who had less exposure to outdoor light.

The study didn’t delve into just how sunlight interacts with the eye differently than artificial light, and since the study only observed the children there might be confounding factors. But the researchers hypothesize that, “the mechanisms controlling eye growth may be sensitive to the intensity of light outdoors,” they write. Bright light, greater than 3,000 lux (normal office light is about 500 lux, while sunlight is more than 100,000 lux), might have a bigger influence on eye growth than dimmer light, they write.

That’s not to say that screen time is totally unrelated to the increasing frequency of myopia. Kids usually stare at screens indoors, which means that their eyes are getting less outdoor light. But screen time isn’t the direct cause, the researchers note.

At the conference, the researchers suggested that children should spend at least one—ideally, two—hours per day outdoors to prevent nearsightedness or slow its progression.