Bringing fresh supplies and augmented reality, just in time for the holidays 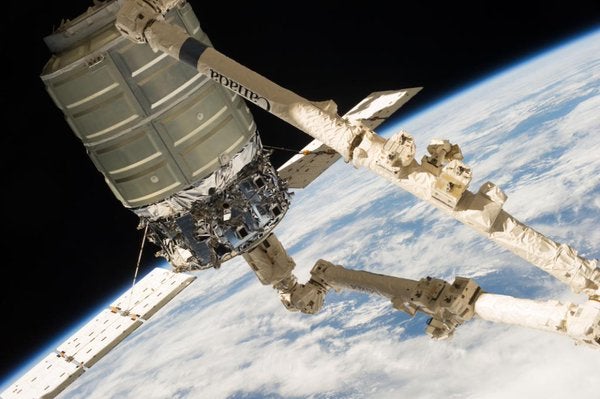 After much ado and three launch attempts that were scrubbed due to bad weather, Orbital ATK is finally back on track with its space station resupply missions. The latest shipment to the International Space Station launched on Monday, and docked with the station this morning.

Popular Science will be talking with the ISS astronauts about the new shipment–which includes food and other supplies, a variety of scientific experiments, and a Microsoft HoloLens to test out augmented reality in space–as well as anything else you’re curious about. Tune in here at 10:05 am Eastern to watch it live, and use the hashtag #AskPopSci to let us know all your burning questions.