Space gets a little more crowded 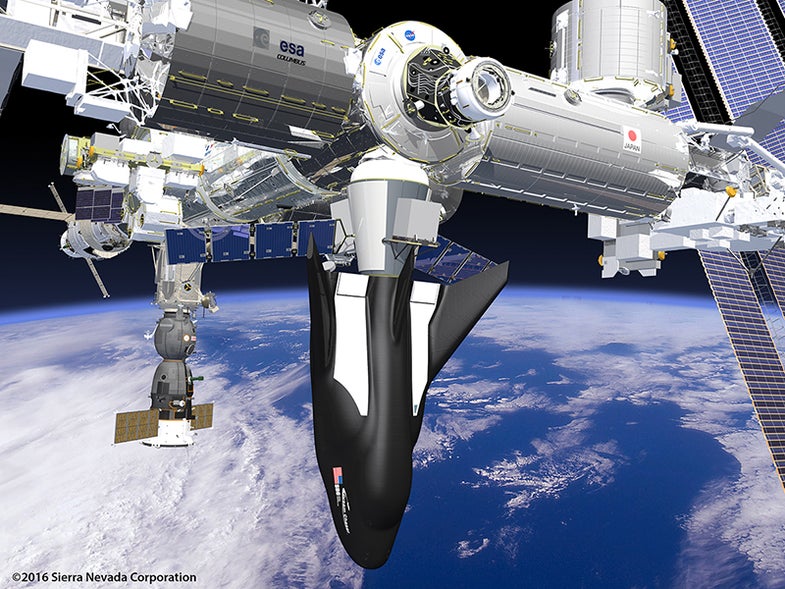 Sierra Nevada is not expected to start flying its Space Shuttle-like Dream Chaser vehicle to the ISS until 2019, but it’s expected to be a game-changer for science. Sierra Nevada’s missions will include an option that will have a relatively soft landing and can be quickly and easily unloaded, like SpaceX’s Falcon 9. Sierra Nevada anticipates being able to return cargo from the ISS and recover it on Earth within 3-6 hours. That would be a huge advantage to scientists who currently might have to wait days to recover samples.

Each company will have a minimum of six flights to the ISS.

This is the second round of commercial resupply contracts awarded. The first round awarded commercial contracts to SpaceX and Orbital ATK. The fact that both of the current contract holders suffered failures (read: they exploded) played a role in the selection of a third candidate as well. Though specifics of the selection process will be released later, NASA obviously wants to make sure that they have plenty of different routes to get supplies to the space station. These new contracts will last thorough 2024.

SpaceX’s next mission to the ISS is expected to occur next month or later.