Watch One Year Of Earth From A Million Miles Away 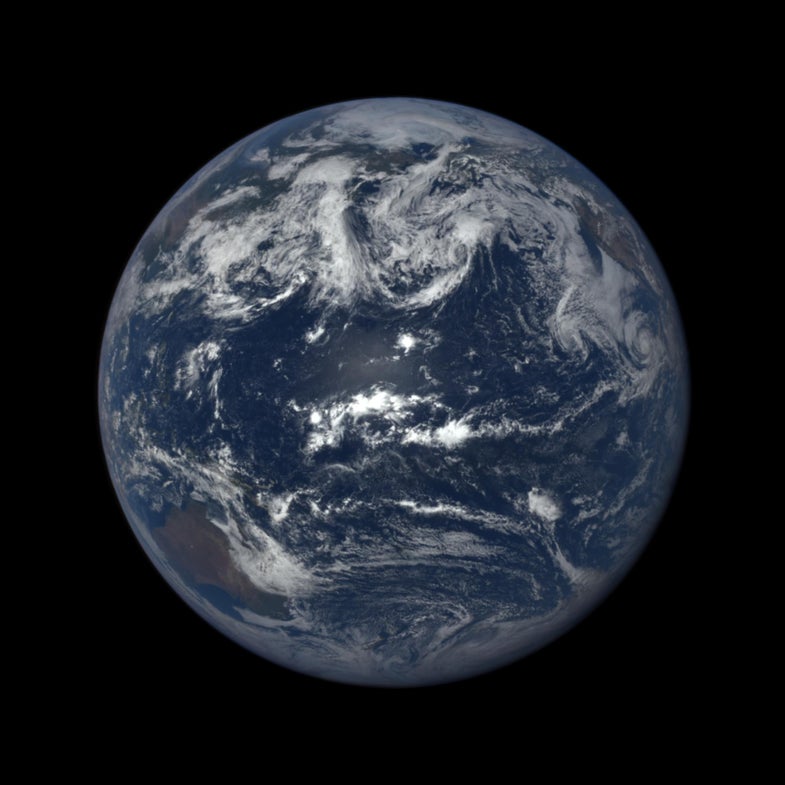 It’s been just over a year since the Earth’s first million-mile portrait was released.

Now the team working on NASA and NOAA’s Earth Polychromatic Imaging Camera (EPIC) on the Deep Space Climate Observatory (DSCOVR) have released a gorgeous time lapse video of the Earth over the course of that year. Jay Herman, the lead scientist for DSCOVR narrates the short video, explaining what we’re seeing over the course of the year.

NASA has been releasing daily images of Earth taken by the EPIC instrument, but this is the first time that a year’s worth of those pictures have all been stitched together.

In addition to awesome images, like the Moon photobombing the Earth, researchers are also collecting a lot of data about Earth’s climate from the satellite, situated in a stable orbit at a gravitationally steady point between the Earth and Sun.

DSCOVR, which was originally built in the late 1990’s and tabled due to budget cuts, launched in 2015, and is set to continue observing the Earth for many years to come.