One Year Ago Today, The Air Force Put A Secret Robot In Space 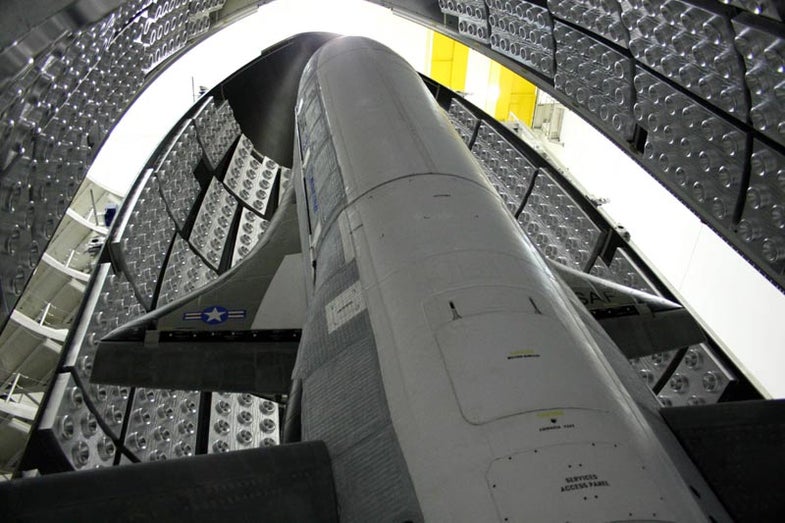 Today marks one year since the Air Force’s X-37B secret robotic space plane last launched into space, as Spaceflight Now notes. It is still there, doing the secret things a robot space plane does. Things like test a new ion engine and maybe track other space stations. It’s spent 15 months and longer in orbit before, doing secret space stuff, so we can expect it to spend some more time there doing secret space things secretly. As a secret space robot. Because this is the world we live in, now. One with secret robots in space.