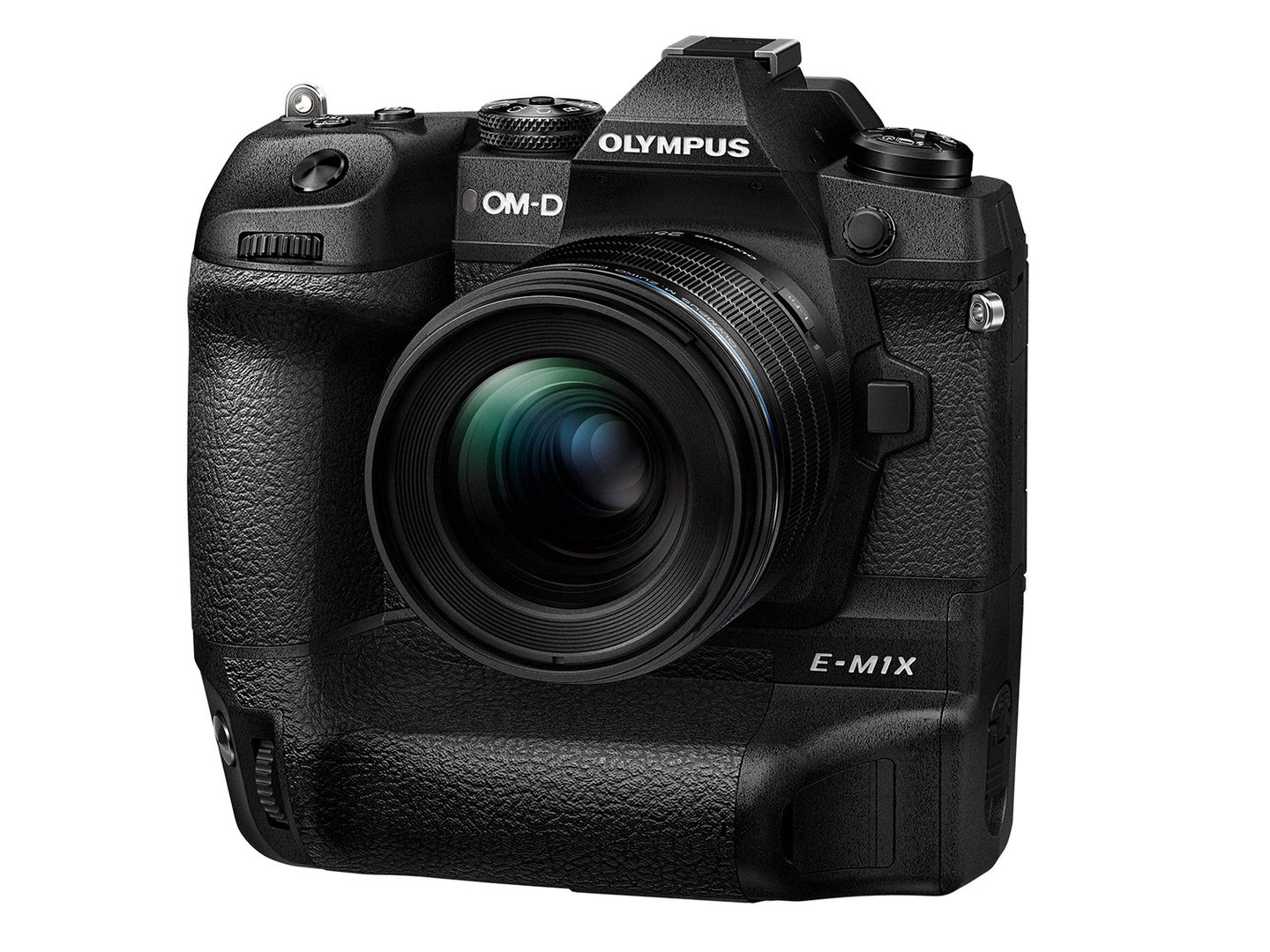 Because the sensor size didn't change, the body is compatible with the entire Olympus Micro Four-Thirds lens line. Olympus
SHARE

Early this morning Olympus introduced the OM-D E-M1X, a Micro Four-Thirds ILC with an integrated vertical grip and two battery slots that is aimed at professional sports photographers. The camera is built around a 20MP sensor, offers shooters 60 fps of high speed continuous shooting, and 121 point all-cross-type on chip Phase Detection AF sensor.

The OM-D E-M1X’s most interesting feature is the AI tech similar to that found inside high-end smartphones. The feature is called Intelligent Subject Detection AF. The AI can detect different types of subjects such as: motorcycles and automobiles, trains and airplanes and then lock onto the optimal area for subject tracking. Olympus says the focusing is so precise that it will give shooters the ability to concentrate on frame composition while shooting fast moving events.

Here is what else we know about it:

Olympus will be rolling out a new accessories and lenses for the camera body too: the FL-700WR electronic flash, a digital 2x teleconverter, and the M.Zuiko Digital ED 150- 400mm F4.5 TC1.25x IS PRO super telephoto zoom lens. The new teleconverter will be available this summer, but the new lens won’t be out until 2020. Although at this time details are sparse we do know that it will have a built in 1.25x teleconverter, have in-lens image stabilization, and have substantial weatherproofing.

The FL-700WR electronic flash, Wireless Commander FC-WR, and Wireless Receiver FR-WR will also be available in February. It is designed to work with the OM-D system and is also splashproof, dustproof, and freezeproof. The flash has a short charging time of 1.5 seconds and the ability to shoot at 10fps. The wireless radio communication system works within 30 meters distance.