A retrofit for Porsches as old as the original 911 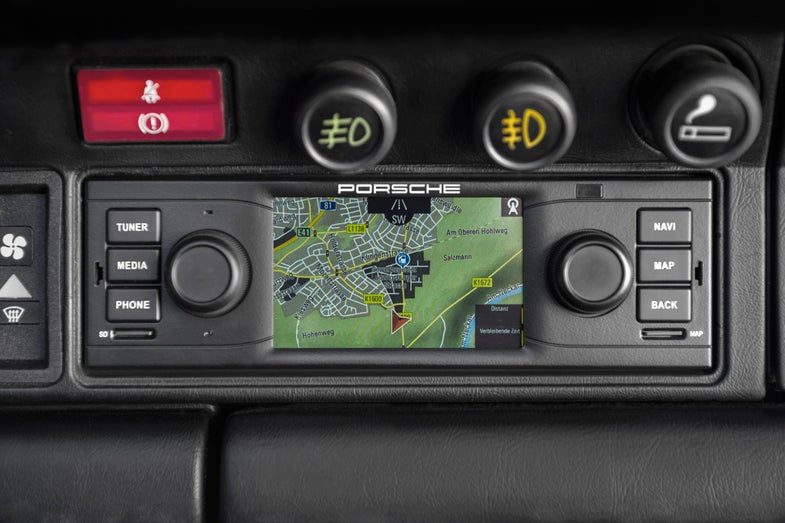 There are many good things about driving an old Porsche: the sound, the speed, the quirky clutch pedal. But it’s not so great to get lost in an old Porsche. Rather than finding out where a person could even buy a paper map, fans of the German car maker can now fit the Porsche Classic Radio Navigation System right into the console of their cars.

The system, which has been available in Europe for over a year, is tailored for the DIN-1 slot in Porsche sports cars. It’s got knobs and buttons like you would expect, but it also has a touch screen. Granted, the consoles of sports cars weren’t engineered for giant screens until pretty recently, so the screen’s real estate is limited to 3.5 inches.

But it does come pre-wired for SiriusXM satellite radio, Bluetooth connectivity, and two USB ports. You can control music from your phone or other device from the little screen, and there are integrated internal and external microphones. The radio receiver has even been engineered to work with the built-in old-school telescoping rod antenna.

Before releasing this on the Porsche-driving public, the company took road trips across the United States and Canada to make sure the navigation system would get you where you wanted to go. Even on that small screen, you can choose to see two- or three-dimensional route displays. The maps are stored on 8 GB microSD cards.