Octoblu Brings the Internet of Things to Your Car

“Our mission is to connect anything to everything.” 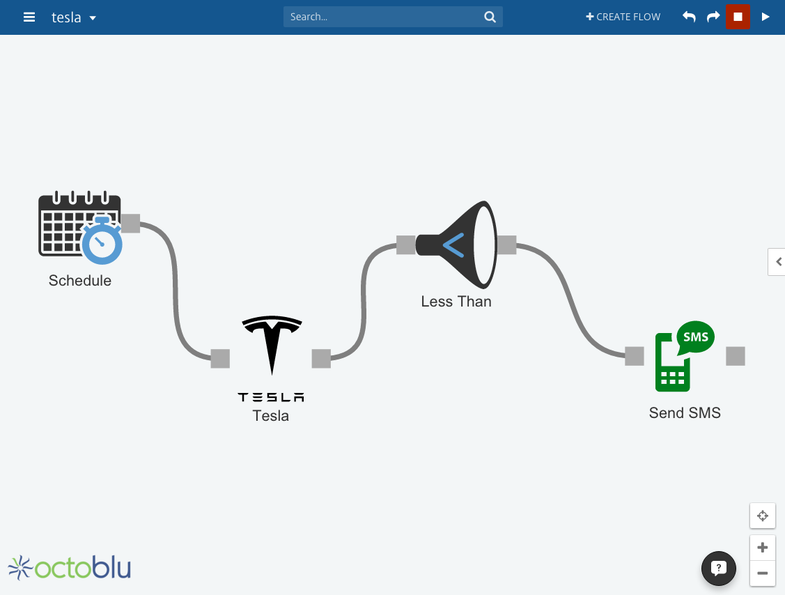 The internet of things, or IoT, is becoming more a part of our lives already, with thermostats that learn our preferences and habits and home security systems we can control from a hotel room while we’re on vacation. But cars are things just as much as HVAC systems and deadbolt locks, and Octoblu wants you to connect, as developer and company cofounder Chris Matthieu says, “anything to everything.”

Octoblu was recently used in a 3D printed car by LocalMotors at IBM Insight 2015. The system used Octoblu’s platform along with the drag-and-drop designer NodeRed and IBM’s IoT for Automotive system. “It’s like a Rube Goldberg machine” of systems, Matthieu says.

Even though there were several pieces to the IoT puzzle, the Octoblu team wants to make connecting things as simple as possible. They use inexpensive, open-source solutions like the Raspberry Pi computer so that there’s almost no barrier to entry.

It’s not only cheap — it’s simple. “Without Octoblu,” Matthieu says, “this internet of things is very difficult, requiring software, hardware, networking and security. Our goal was to get all of that out of the way and make everyone able to build automations in minutes.” You can drag and drop a quick automation at your desk at work without even contacting the guys in IT.

So what, exactly, does a car connected to the internet of things do? Pretty much anything you can dream up, it turns out. Octoblu works with Uber, Nest, Chromecast, Spotify, GoToMeeting, Google Places, and dozens of other apps to get your car to work with all the other things in your life.

For a more concrete example, a colleague of Matthieu’s has a Tesla that he sometimes forgets to recharge. He set up a simple automation using Octoblu that checks his car at 8:00 p.m. If the battery is at less than 50%, he gets a text message reminding him to plug the car in. The illustration at the top of this post is exactly this automation in action.

“The more things that are connected, the more valuable the platform is,” Matthieu says. “The platform with the most connected devices is going to speed up commutes and improve safety.”