Obama to Senate: No you can't 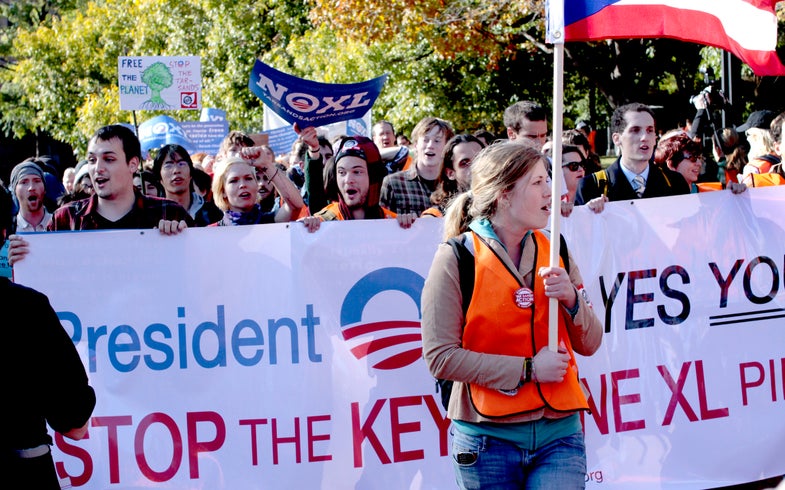 In a move that surprised no one, President Obama vetoed legislation that would have permitted construction of the Keystone XL pipeline.

Obama sent a two paragraph message to the Senate that read in part:

Reuters reports Senate Majority Leader Mitch McConnell says that the Senate will attempt to override the veto by March 3. The Keystone XL pipeline, which has been in political limbo for years, is a planned link between oil fields in Canada and refineries along the Gulf Coast. To read more about the pipeline, take a look at Popular Science’s February 2015 analysis of the data behind the politics.