To compete with China, and use in almost any field of research you can think of 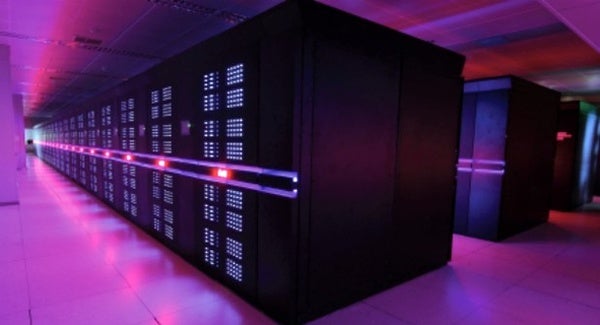 Yesterday, President Obama signed an executive order to establish the National Strategic Computing Initiative, intended to advance American research efforts that require high-capacity computing (HCC). The main thrust of the program, according to a blog post from the White House, would be to create the world’s fastest supercomputer, which would be 20 times faster than today’s fastest supercomputer, China’s Tianhe-2. The machine would be called an exascale computer–capable of making a billion billion—or one exaflop—calculations per second.

HCC has already enabled scientists to run simulations and experiments faster than ever, computing outcomes based on millions of data points. So far it has created elaborate models in the fields of anthropology, weather prediction, neuroscience and biology. Supercomputers have simulated nuclear weapons tests and when the next earthquake might strike. Recently, this computational power has been useful in diagnosing and managing diseases in precision medicine initiatives, in which the computers use an astronomical amount of genetic data to diagnose current and future diseases.

While the HCC systems that are currently in use work well with the data researchers have, they’ll soon find these computers limiting. There are only a few of them, and they can only handle so much data. Even Watson, IBM’s Jeopardy-winning cognitive computing system, takes a few minutes to sift through the thousands of mutations in a patient’s genome to highlight those that might cause cancer. And the quantity of data researchers will need these computers to process will only increase from now on.

Obama has established the National Strategic Computing Initiative to increase both the computing power and storage capacity necessary for research projects like the Precision Medicine Initiative. Though the challenges that engineers face in building such a machine “are not trivial,” researchers told the BBC that they hope to meet the plan’s deadline and construct the exascale computer by 2025.