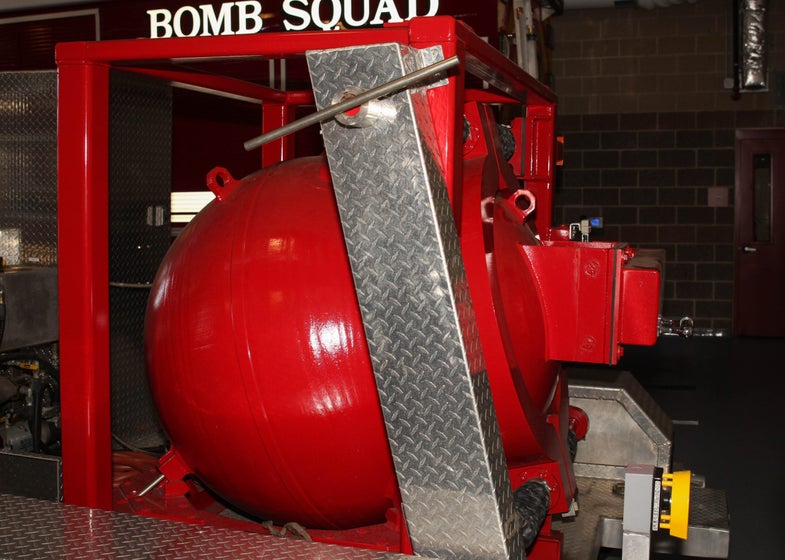 Shortly after a bomb exploded in the Chelsea neighborhood of New York City on Saturday night, police and their canine companions combed the area for evidence of further danger. The New York Times reports that NYPD’s bomb squad was called when officers found a second, undetonated explosive device.

Specialized personnel used a unique, mobile chamber called a “total containment vessel” to safely carry away the device, keeping bystanders safe in the possible event of an accidental explosion. The total containment vessel is like “an inside-out diving vessel,” bomb squad commanding officer Lt. Mark Torre told The New York Times. “Instead of keeping the pressure out and keeping you alive in five fathoms of water, it keeps the pressure in.”